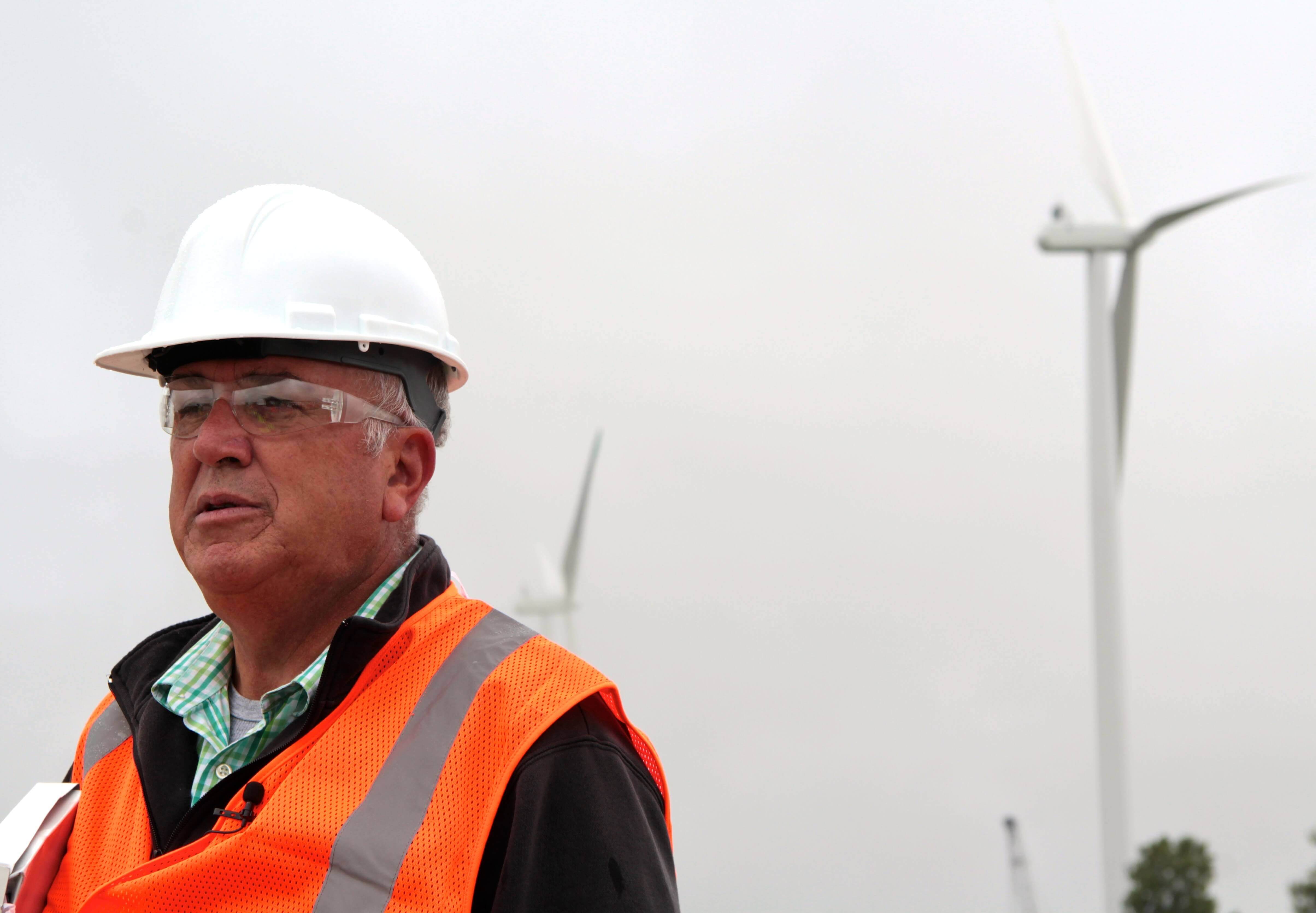 In 2010, Ohio law contained a minimum wind turbine setback distance to a home of “1,125 feet plus blade length” (approximately 1,300 feet, or nearly a quarter-mile), a press release from Hite explains. The law also provided a minimum wind turbine setback distance from a neighbor’s property line of “1.1 times the height of a turbine.” The rationale was that, if in the unlikely event of a turbine-related accident, it would not cross into the neighboring parcel. This “1.1” standard is a common setback across the country, the lawmaker notes.

According to Hite, this setback functions as a moratorium on wind development in Ohio, and there have been no new wind applications filed with the state siting board since the setback increase in 2014.

“The current policy is contrary to Ohio’s reputation as a business-friendly environment and an energy-producing state,” the lawmaker says. “It prevents businesses with an interest in gaining access to and investing in wind energy in Ohio from doing so.”

The legislation would return the property line setback to a distance of “1.2 times the height of the turbine,” which is still longer than the previous setback and is 20% more than the total height of a wind turbine. This means the setback would be 20% more than the fall-down distance of a wind turbine. In addition, it would increase the minimum setback from a home by 100 feet to 1,225 feet plus blade length (or approximately 1,400 feet).

“This bill strikes the proper balance, protecting the rights of both participating and non-participating landowners, and will allow responsible wind development to move forward,” Hite adds.

The lawmaker notes that the Hog Creek Wind Farm project is a grandfathered development, as it was sited before the 2014 restrictions were implemented. The project is expected to create 235 jobs during the peak of construction and up to seven permanent jobs once operational.

“The Hog Creek Wind Project is a great addition to EDP Renewables’ growing wind portfolio in Ohio,” comments Ryan Brown, EDP Renewables North America’s executive vice president for the Eastern Region and Canada. “Moreover, EDP Renewables is eager to make additional investments in Ohio to provide more economic benefits to the state’s residents and its communities. EDP Renewables applauds those who are working to ease Ohio’s onerous siting regulations, which, if amended, would encourage more wind development in the state.”

This isn’t Hite’s first attempt at changing Ohio’s wind siting rules: Earlier this year, he submitted a similar amendment to the state’s proposed budget bill, but it was later removed by House lawmakers.

At issue is forcing the safety setback across property lines onto unleased land without the permission of or payment to the violated landowner. Doing this will save the wind power companies millions. A few thousand dollars spent lobbying the Good Senator will yield millions in stolen land usage. A very good investment but ruinous for neighboring landowners. Wind power companies are getting a terrible reputation and behavior like this is exactly why. Lease enough land to site the turbines safely. Everyone else has to do it. I can’t harvest crops on my neighbor’s land nor would I want to. But… Read more »