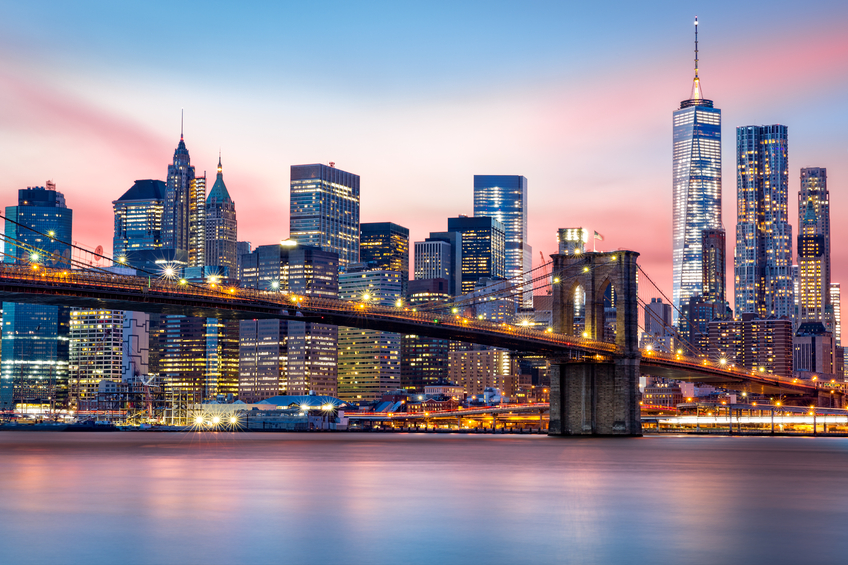 The New York Power Authority (NYPA) and New York State Electric & Gas (NYSEG) have announced the completion of a $120 million transmission project that will enable more electricity from renewable sources to flow from upstate to meet energy demand in more populated downstate regions without having to build new power lines.

The project, known as the Marcy South Series Compensation Project, is also a cornerstone of Gov. Andrew Cuomo’s Reforming the Energy Vision (REV) strategy to build an energy system that is more efficient, resilient and affordable for all New Yorkers. A key goal of REV and of New York state is ensuring that 50% of all electricity used in the state comes from renewable sources by 2030.

“The power grid is in the midst of a digital revolution that is dramatically transforming how we provide electricity statewide,” says Richard Kauffman, chair of energy and finance in the Office of the Governor. “Marcy South is a prime example of how we can do more with existing assets. Not only is it more efficient, this approach will ultimately save electric ratepayers money.”

The Marcy South project, a joint venture of the NYPA and NYSEG, is expected to provide up to 440 MW of additional transmission capacity – enough to power more than 400,000 homes, the companies assert. They further state that the goal of the project is to help relieve transmission congestion, or bottlenecks, that affect the ability to deliver surplus upstate electricity – from predominantly cleaner renewable sources, such as wind and hydropower – to the downstate region, which accounts for the majority of the state’s energy use.

The project involves the installation of three capacitor banks – small facilities each about 30 feet wide, 60 feet long and two stories high – which contain equipment that offers greater control of power movement. The companies add that series capacitors raise voltage and keep it at a constant level, enhancing transmission efficiency, and that two capacitor banks were installed by the NYPA, while the third was installed by NYSEG.

The project is estimated to increase power flow on parallel 345 kV transmission lines by as much as 440 MW, about the capacity of a medium-sized power plant. According to the companies, the capacitors will enable operators to have more awareness of transmission conditions so power can be dispatched more effectively to areas where it’s needed most.

“We cannot overstate the value of the technology that we’re installing to bolster the reliability and flexibility of New York state’s transmission system,” says Gil C. Quiniones, NYPA president and CEO. “These improvements will allow inexpensive, clean power to travel the state’s energy highway more efficiently and make the power grid more robust.”

NYSEG says it plans to transfer its $61 million portion of the Marcy South project – the NYPA spent $59 million – to New York Transco, a public-private partnership of investor-owned utilities in New York, at a future date.

The companies continue, saying that all three series capacitors will be located at the NYSEG Fraser substation in Delhi, Delaware County. The NYPA’s capacitor banks will support 135 miles of lines that run from the town of Marcy in Oneida County, outside of Utica, to the town of Rockland, Sullivan County – an area that has been identified as a bottleneck impeding power flow to high-demand areas, such as New York City, Long Island and Westchester County.

The project, which began in late 2015, also involved replacing about 22 miles of conductors and upgrading some structures on NYSEG’s portion of the Marcy South transmission line.

“The Marcy South Series Compensation Project is consistent with the kind of upgrades to the state’s energy highway that we’ve been waiting for, so this is a welcome project to improve our in-state transmission and power-generation efficiency,” says Senate Energy Committee Chairman Joseph Griffo.