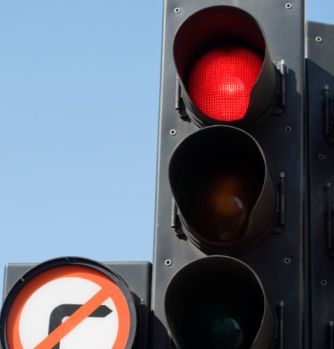 NRG Energy has announced that it is halting active development of offshore wind projects for the near term. This includes the development of the Mid-Atlantic Wind Park, which had been planned off the coast of Delaware by NRG's subsidiary, Bluewater Wind.

According to the company, Bluewater Wind has been unable to find an investment partner and intends to terminate the project's 200 MW power purchase agreement (PPA) with Delmarva Power & Light Co. – which was signed by the companies in June 2008, representing the first offshore wind PPA in North America – by Dec. 23.

Since NRG acquired Bluewater Wind in November 2009, the company has made significant financial investments in development to move the offshore wind project forward, including design and engineering studies, state and federal permitting and leasing fees, ecological assessments, and professional and consulting fees.

At the time of the acquisition, the outlook for offshore wind was positive. The project was in line for a Department of Energy (DOE) loan guarantee – a necessary element for this capital-intensive project – and NRG Bluewater had received preferential development rights for a project off the coast of New Jersey and had submitted proposals for projects off the coasts of Maryland and Massachusetts.

A little more than two years later, the outlook for offshore wind and for the Delaware project has changed dramatically, NRG explains. In particular, two aspects of the project that are critical to its success have actually gone backwards: the decisions of Congress to eliminate funding for the DOE's loan-guarantee program applicable to offshore wind, and the failure to extend the federal investment and production tax credits for offshore wind.

These factors, NRG says, have rendered the Delaware project both unfinanceable and financially untenable at the present time.

In addition, a central element of the offshore wind park's business plan – which the company says was previously communicated to public authorities in Delaware – was to find an investment partner. To date, the company has been unable to find a partner, despite having approached more than two dozen prospective investors over the course of several months.

"Our people have worked hard, and we've made a considerable financial investment in the wind park, but that effort cannot overcome the difficult and unfortunate realities of the current market,’ says David Crane, NRG's president and CEO. "We're not giving up, but at this moment, we can't rationally justify further investment in this project without the prospect that it can move forward within a reasonable time frame."

NRG will close its Bluewater Wind development office but preserve its options by maintaining its development rights and continuing to seek development partners and equity investors. If and when market conditions improve and the company is able to find partners, NRG says it will look to deploy the wind park and explore other viable offshore wind opportunities in the Northeast.

NRG Bluewater's founder and president, Peter Mandelstam, tells NAW that in the interim, he is using the remaining time to structure a deal. If no buyer is found, Mandelstam's position will be eliminated.

‘I am an entrepreneur, and entrepreneurs always find a way," he says. "I've done harder things in my life, and my team is committed to this.’

Though he would not divulge names, Mandelstam has spent the last two weeks in Europe talking up the project to potential investors.

‘We are having very substantial conversations," he says. ‘Stuff is in the works.’