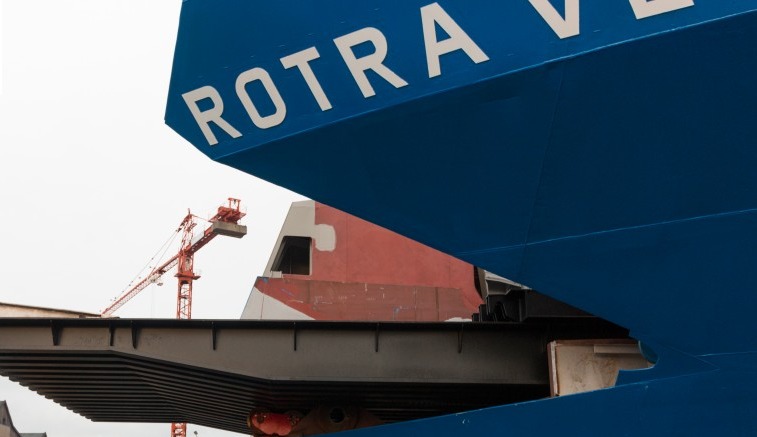 The Concordia Group has recently delivered and commissioned to Siemens a heavy cargo “roll on/roll off” vessel specifically designed for the efficient transportation of wind turbine parts.

According to the group, the Rotra Vente is 141 meters long and 20 meters wide, with a specially developed bow and extendable ramp that are controlled by hydraulic systems. The vessel’s “roll on/roll off” feature makes it possible to drive cargo to and from the cargo deck, enabling a more cost-effective operation.

As reported, Siemens will use the Rotra Vente mainly in the North Sea area for the transportation of mast, nacelles and rotor blades for wind turbines. The specially designed detachable roof protects the cargo on the vessel from sea water and weather conditions, the company notes.

The Concordia Group expects a second vessel, named the Rotra Mare, to be completed in the first quarter of 2017, as well.