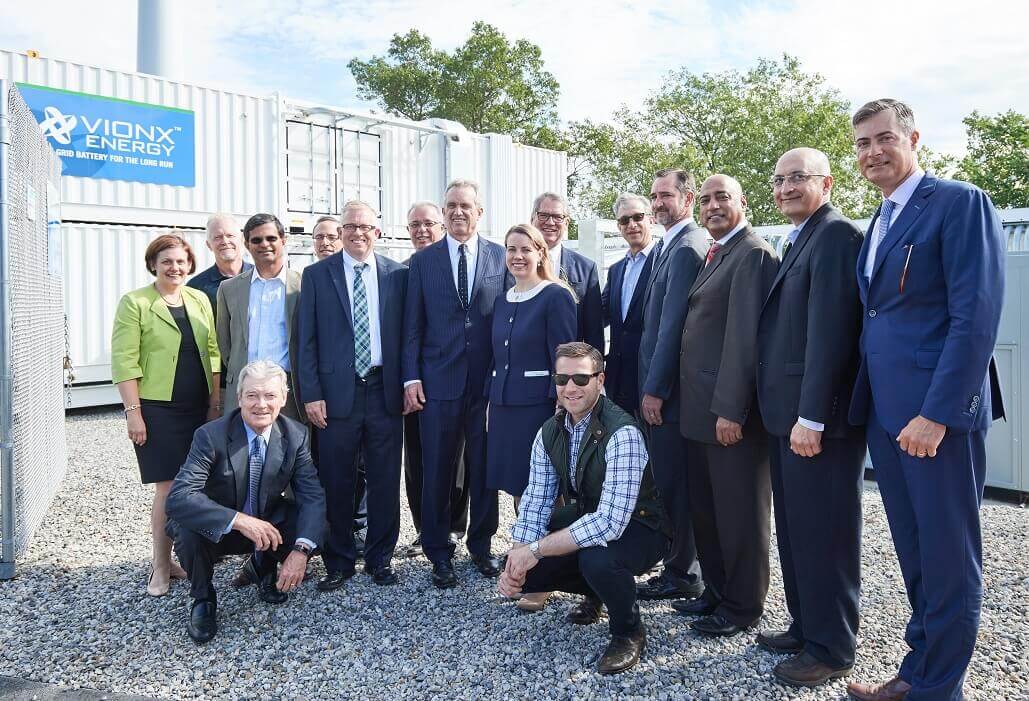 Designed for a lifetime of 20-plus years, the system will store energy from the school’s own wind turbine, as well as other sources of power generation from the surrounding community, and discharge it for up to six hours per day. In turn, power normally lost from intermittent sources will now be stored in the Vionx unit.

The system, which was constructed as part of a partnership with Vionx, National Grid and Worcester Polytechnic Institute, will be used to test and operate in 13 specific use-case applications, providing National Grid with data to help optimize its grid operations for renewable energy assets.

The battery stack design was developed and engineered by researchers at the United Technologies Research Center division of Connecticut’s United Technologies Corp. and commercialized by Vionx Energy. The storage system will help the school meet its goal of going off-grid and will offer a learning tool for students in science, technology, engineering and mathematics (STEM). Vionx will provide an “Energy Learning Station” on-site for students interested in learning how the system works.

“We are delighted to play a key role in Holy Name’s efforts to reach into the future of power generation and help students learn more about our renewable energy future,” says Dr. Randhir Thakur, Vionx Energy’s lead director. “Vionx Energy’s unique Vanadium Redox Battery system represents a revolutionary, safe and reliable new path in grid-storage solutions for the long run for both utility- and distributed-scale applications.”