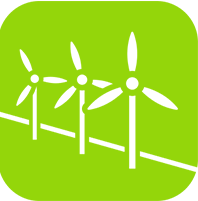 A new report from Navigant Research, which examines changes that occurred in the wind energy sector during 2015, offers forecasts for 2016-2020, and provides an outlook through 2025, found that 2015 marked another record-breaking year for the wind industry, with growth occurring in almost every market.

Due to the revival of the U.S. and German markets, and record installations in China, 2015 also signified a shift in the rankings of the world’s top wind turbine suppliers.

Notably, an earlier report from FTI Consulting and Bloomberg New Energy also named Goldwind the top supplier of 2015, while a separate report from MAKE gave the No. 1 spot to Vestas.

Overall, 63 GW of wind power capacity was added globally in 2015, reflecting a 23.2% increase from the 51 MW installed in 2014. Much of last year’s growth was driven by China, where booming wind plant construction and underlying wind turbine supplier dynamics show a split market between the country and the rest of the world, according to the report.

The report includes more than 100 tables and charts illustrating the development of the global wind energy market and analyzes the key drivers and barriers for each market that informs the report forecasts. An executive summary of the report is available for free download on the Navigant Research website.