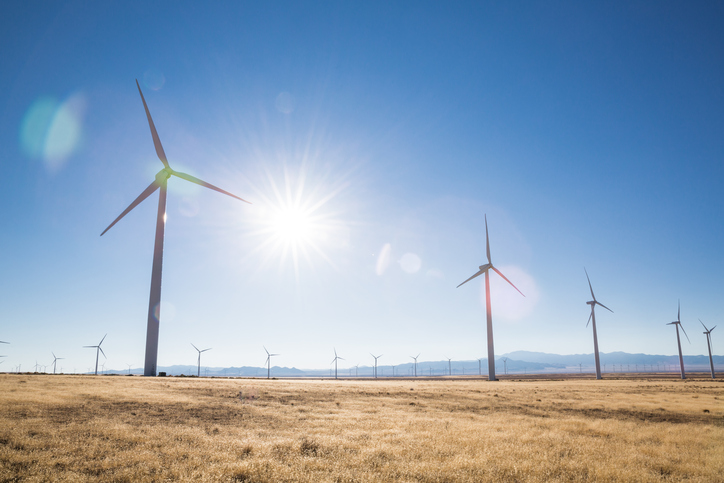 Although the concrete data for the final months of last year isn’t in yet, the U.S. Energy Information Administration (EIA) says it expects renewable generation capacity to have accounted for most of the 2016 capacity additions in the country. In a new analysis, the agency notes it based its numbers for November and December on planned reported additions, and those projections are subject to change.

Once the final data is in, though, the EIA expects 24 GW of new generating capacity to have been added to the U.S. power grid during 2016. For the third consecutive year, more than half of these additions are slated to have been renewable technologies, especially wind and solar.

Of the 2016 renewable additions, nearly 60% were scheduled to come online during the fourth quarter. The EIA explains renewable capacity additions are often highest in the final months of the year, in part, because of timing qualifications for federal, state or local tax incentives.

According to the EIA analysis, monthly U.S. renewable electricity generation peaked in March as high precipitation and melting snowpack led to a monthly peak in hydroelectric generation and strong wind resources led to a monthly peak in wind generation. Most renewable generation comes from the Western census division, which accounted for the majority of the hydroelectric (63%) and solar (77%) generation in the U.S. in 2016. Wind generation was more evenly spread across the country, with 37% occurring in the Midwest, 35% in the South, 24% in the West, and the remaining 4% in the Northeast.

At the end of 2015, the EIA began publishing monthly estimates for distributed small-scale solar photovoltaic (1 MW or less) capacity and generation. As of October 2016, the U.S. had a total of 12.6 GW of small-scale solar PV installed, according to the EIA. Of this capacity, 56% was in the residential sector, 36% in the commercial sector and 8% in the industrial sector. Monthly generation from small-scale solar PV peaked in July, at 2.1 billion kWh. The EIA emphasizes that the distinction between capacity and generation shares is important to recognize. Because non-dispatchable technologies, such as wind and solar facilities, generate power only to the extent those respective resources are available, their capacity factors are typically lower than those of other resources, the agency says.