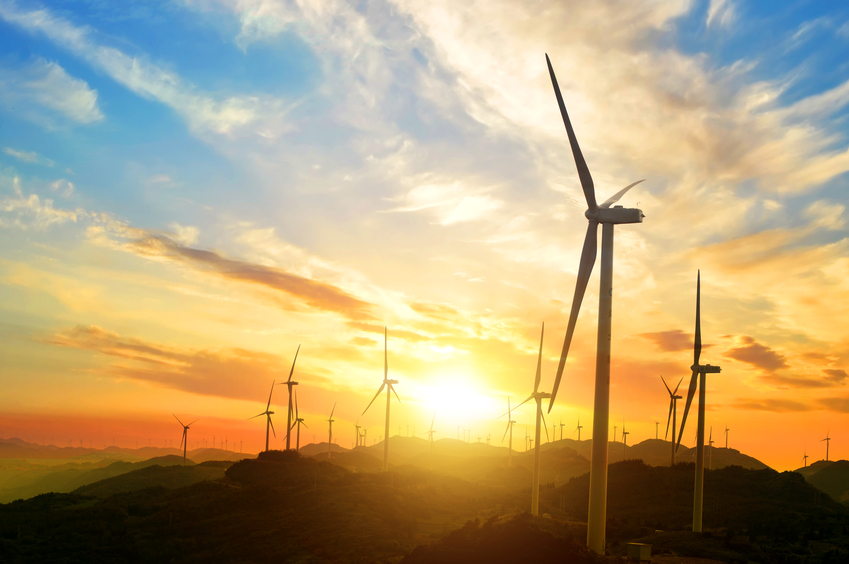 China has an opportunity to massively increase its use of wind power – as long as it properly integrates wind into its existing power system, according to a newly published study from the Massachusetts Institute of Technology (MIT).

The paper, “Integrating wind into China’s coal-heavy electricity system,” forecasts that wind power could provide 26% of China’s projected electricity demand by 2030 – up from 3% in 2015.

Considering China produces the most total greenhouse-gas emissions of any country in the world, says MIT, such a change would be a substantial gain in the global transition to renewable energy.

However, the projection comes with a catch: China should not necessarily build more wind power in its windiest areas, the study finds. Instead, it should build more wind turbines in areas where they can be more easily integrated into the operations of its existing electricity grid.

“Wind that is built in distant, resource-rich areas benefits from more favorable physical properties but suffers from existing constraints on the operation of the power system,” explains Valerie Karplus, an assistant professor at the MIT Sloan School of Management, director of the Tsinghua-MIT China Energy and Climate Project, and a member of the MIT Energy Initiative. These constraints include greater transmission costs and the cost of curtailment, when available wind power is not used, she says.

The study explains that although China has invested heavily in renewable energy sources in recent years, more investment in the sector will be needed if the country is to meet its pledge of having 20% of its energy consumption come from non-fossil-fuel sources by the year 2030 (as part of the Paris climate agreement of 2015), the study explains.

Several previous studies have evaluated China’s wind energy potential based on the country’s natural environment, but MIT says this study is the first to study how wind energy could expand based on simulations of China’s power system operations.

When operational constraints are considered, the MIT team finds, China may only be able to use 10% of the physical potential for wind power cited in the analysis and other studies. Nevertheless, even harnessing that 10% would be enough for wind power to provide the study’s estimated 26% of electricity by 2030.

A key challenge the study identifies is integrating wind power into a system that has traditionally been geared toward the consumption of coal. Wind power, being intermittent, currently requires flexibility in the operation of the electricity system in order to ensure wind can be used when it is available.

That, in turn, requires flexibility in the delivery of electricity from coal-fired power plants, which accounted for over 70% of electricity generated in China in 2015. However, China has regulations determining high minimum-output levels for many coal-powered electricity plants in order to ensure the profitability of those plants. Reducing these requirements and creating more flexible generation schedules for coal would create more space for wind power, the study says.

As the researchers see it, new policies can help create the conditions for the increased use of wind power, but they may be difficult to implement:

“Establishing regulatory structures and policy incentives to capture these benefits will be difficult in China because of legacy institutions,” explains Davidson.

And, as Karplus adds, current regulations have been designed to ensure profitability for power producers, rather than making them compete to lower costs.

“Existing policies prioritize sharing benefits equally among participants rather than facing strict price competition,” she says. “As electricity demand growth has slowed in recent years, the limited size of the pie means sharper conflicts between wind and coal.”

To be sure, as Karplus notes, government planners in China have been experimenting with using energy markets that do not rely strictly on the system that uses a quota for coal power but encourages competition for long-term contracts to deliver coal-based electricity – while creating additional markets for flexible operation.

“Our work shows the value of continuing these reforms, including introducing markets and relaxing the administrative constraints … for China’s ability to utilize its present and future wind capacity to the fullest,” Karplus concludes.

At MIT, the research was funded by a consortium of founding sponsors of the MIT-Tsinghua China Energy and Climate Project, supported through the MIT Energy Initiative: Eni, the French Development Agency, ICF and Shell. At Tsinghua University, researchers received separate support from government and industry sources. The MIT-Tsinghua China Energy and Climate Project is part of the MIT Joint Program on the Science and Policy of Global Change.

More on the study can be found here.