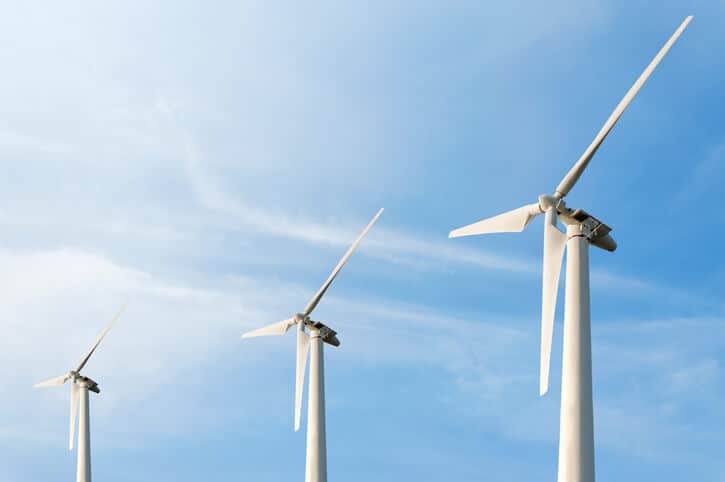 Citing efforts to protect the state’s military installations, a newly filed bill in the North Carolina Senate is seeking a temporary moratorium on the construction of new wind projects.

The Military Operations Protection Act of 2017 – sponsored by Sens. Harry Brown, R-Onslow; Louis Pate, R-Wayne; and Norman Sanderson, R-Pamlico – calls for an independent, data-driven study of the extent and scope of the state’s military operations, as well as the impact that building wind turbines could have on them.

The bill would pause permits for new wind facilities while the study is conducted – what Brown calls a “prudent step” to ensure there are no conflicts with existing installations before additional projects are developed.

The bill, filed on March 21, is described as follows:

“An act to impose a temporary moratorium on the consideration of permit applications and issuance of permits for the construction of new onshore and offshore wind energy facilities and direct a study of geospatial, temporal and other data to understand the extent and scope of military operations in this state with respect to energy infrastructure.”

Specifically, the legislation states that neither the Department of Environmental Quality nor the Coastal Resources Commission should issue permits for a new wind project or a wind project expansion from Jan. 1, 2017, to Dec. 31, 2020.

According to a press release from Brown, North Carolina, which is home to six major Department of Defense installations, has the third-largest military population in the U.S.

For years, according to Brown, lawmakers have heard concerns that military flight routes could be compromised by tall structures – including wind turbines – which could endanger paratroopers and pilots and interfere with aircraft radar systems, training routes and patterns. North Carolina’s military installations are heavily dependent on air missions, and failing to act could harm their viability and standing as they are considered in future Base Realignment and Closure Commission discussions, the senator says.

“Our military installations have been the cornerstones of our communities for generations, and they provide jobs to countless North Carolinians who are proud and privileged to support them,” says Brown. “It’s unfortunate that taxpayer-subsidized incentives to the renewable energy industry are resulting in higher energy costs to North Carolina consumers, but at the end of the day, this bill isn’t about the merits – or lack thereof – in subsidizing wind energy. It is about our responsibility to protect the investment the U.S. military has made in our state and honor our commitment to being the most military-friendly state in the country.”

Ask our capital-R political figures this simple question: have you studied the Defense Dept’s concept of “threat multiplier” ? Imposing slowdowns on, or elimination of, new wind installation — so says our DoD — compounds and increases threats of environmental refugees and various other threats of a directly military kind. Do our capital-R people truly want to have their names on (yes, the names are here!) a legislative move to multiply military threats?

PS this “threat multiplier” concept is not new. It comes from a capital-D era, a Clinton-era undersec. of Defense !

Sounds to me that it’s about politics and doing favor(s) for other energy providers. Energy produced by the wind is a threat? I guess if the military was concerned they would say something?