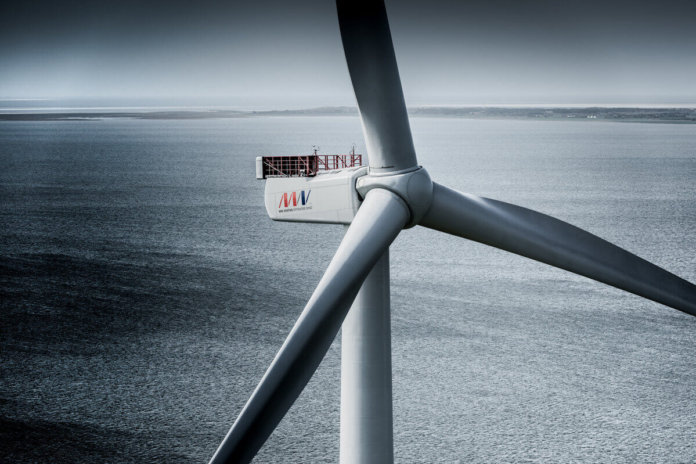 MHI Vestas Offshore Wind and Clemson University in South Carolina have announced that all testing and verification of the V164-9.5 MW offshore wind turbine’s gearbox and main bearings will be carried out at the university’s 15 MW test bench.

According to MHI Vestas, a 50/50 joint venture of Vestas Wind Systems A/S and Mitsubishi Heavy Industries, the testing will allow the company to gain a better understanding of how the 9.5 MW gearbox and bearings will react over the course of a 20-plus-year lifecycle. Through the use of big data from the test results, MHI Vestas says it can optimize the service strategy for the turbine to ensure reliability and minimize fatigue on components.

The company says its V164-9.5 MW turbine offers 35-ton, 80-meter blades, the length equivalent of nine double-decker London buses; a swept area of 21,124 square meters, larger than the London Eye; an approximate hub height of 105 meters; and an approximate tip height of 187 meters.

The $35 million total project investment will direct as much as $23 million over five years to Clemson and stimulate the employment of a dozen high-tech jobs, according to MHI Vestas.

In November 2009, the U.S. Department of Energy awarded Clemson University a grant to build and operate an 82,000-square-foot facility to test next-generation wind turbine drivetrain technology, as well as conduct grid integration studies. Space in the Energy Innovation Center is designed for public-private partnerships to house Clemson personnel and students with company partners. The center can test drivetrains on two test rigs: one up to 7.5 MW and the other up to 15 MW. The $98 million facility was funded by the $45 million DOE grant and matched by $53 million of public and private funds.