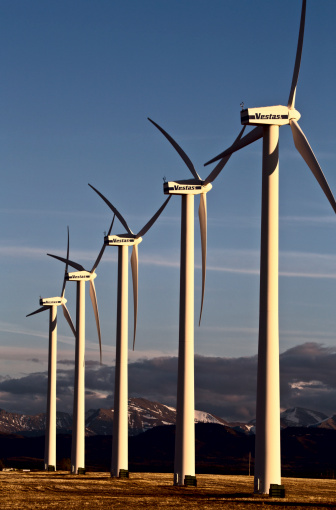 A ‘who's who’ of Ontario wind energy developers has responded to the provincial government's call for renewable energy projects exceeding 500 kW.

Wind projects from NextEra Canada, Samsung C+T, RES Canada, EDF En Canada, EDP Renewables, Invenergy and GDF Suez were among the 119 submitted proposals. However, the province is seeking only 300 MW of wind, 140 MW of solar, 50 MW of bioenergy and 75 MW of water power.

For Ontario, the so-called large renewable procurement (LRPs) is the first power call for utility-scale wind since Ontario ended its controversial FIT program in May 2013.

Nonetheless, the province says the request for proposals has been designed to strike a balance between early community engagement and achieving value for ratepayers.

According to the province, LRPs proposed through this process must demonstrate site and resource due diligence as well as engagement with the communities in which they are proposing to locate. Preference will also be given to projects that demonstrate additional community support and participation from Aboriginal communities.

All final proposals are due by Sept. 1. The Independent Electricity System Operator will evaluate the proposals received and expects to offer contracts to successful proponents by the end of the year. Successful proponents will, then, have to obtain all required licenses and approvals, such as a renewable energy approval or complete an environmental assessment.

According to Brandy Giannetta, Ontario regional director at the Canadian Wind Energy Association, the LRP is the first of two procurements the province is expected to issue. A second RFP – calling for 300 MW of wind – is expected in early 2016.

‘This is a positive step,’ explains Giannetta. ‘Given the demand forecast in Ontario – and the uncertainty surrounding the refurbishment of its nuclear fleet – this is the only procurement that is happening right now in Ontario. [The LRP] signals to the marketplace that wind is reliable and cost-competitive.’