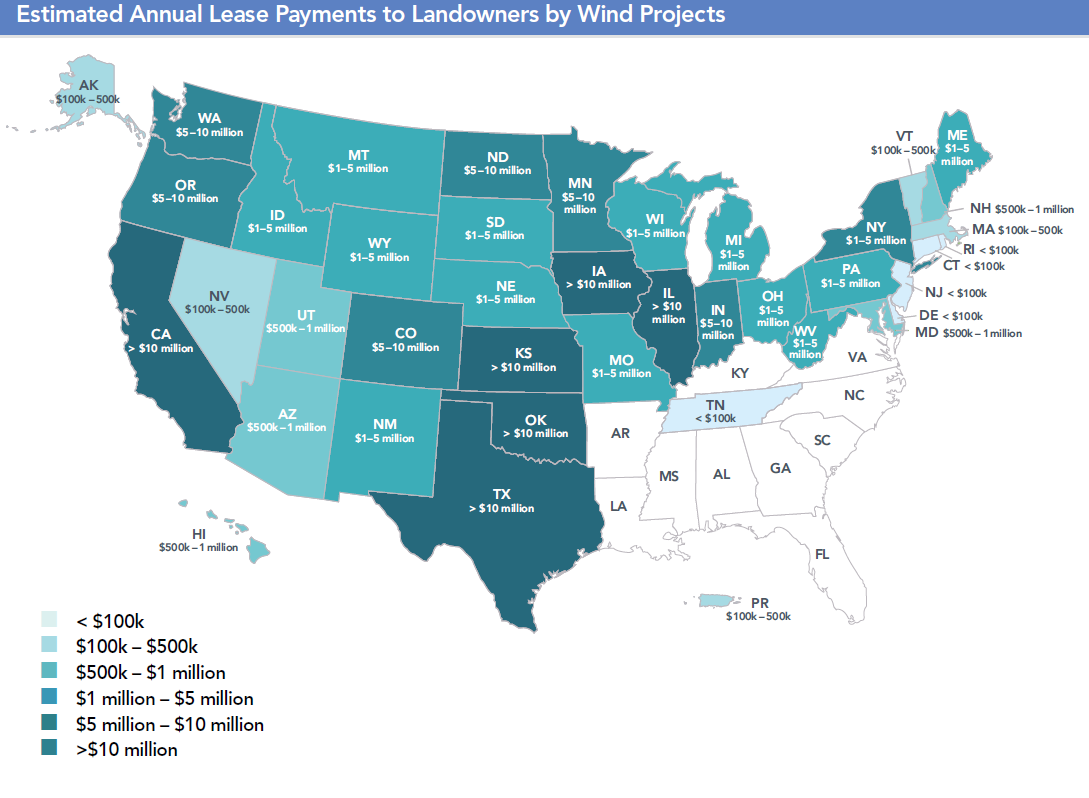 The U.S. wind industry is paying $222 million a year to farming families and other rural landowners, according to new data released by the American Wind Energy Association (AWEA). More than $156 million is going to landowners in counties with below-average incomes.

This share of wind development in rural areas represents more than $101 billion in wind farm investment.

For example, Oklahoma wind farms return over $1 billion in property taxes to counties and local schools over their life, according to an Oklahoma State Chamber report in 2015. In Ohio, a single wind farm is the largest taxpayer in one county, and local school officials report the wind farm adds $400,000 a year in new revenue, even helping to supply over 900 new computers for students.

By 2030, $650 million in payments to landowners every year is possible by wind growing to supply 20% of U.S. electricity, according to the U.S. Department of Energy’s (DOE) 2015 Wind Vision report.

In addition to the financial benefits for many rural counties, wind energy generation also saves about 226 gallons of water for every American each year, which is particularly important for rural landowners that depend on fresh water to raise livestock or grow crops. Wind energy could help conserve 260 billion gallons of water per year by 2030, according to the DOE.