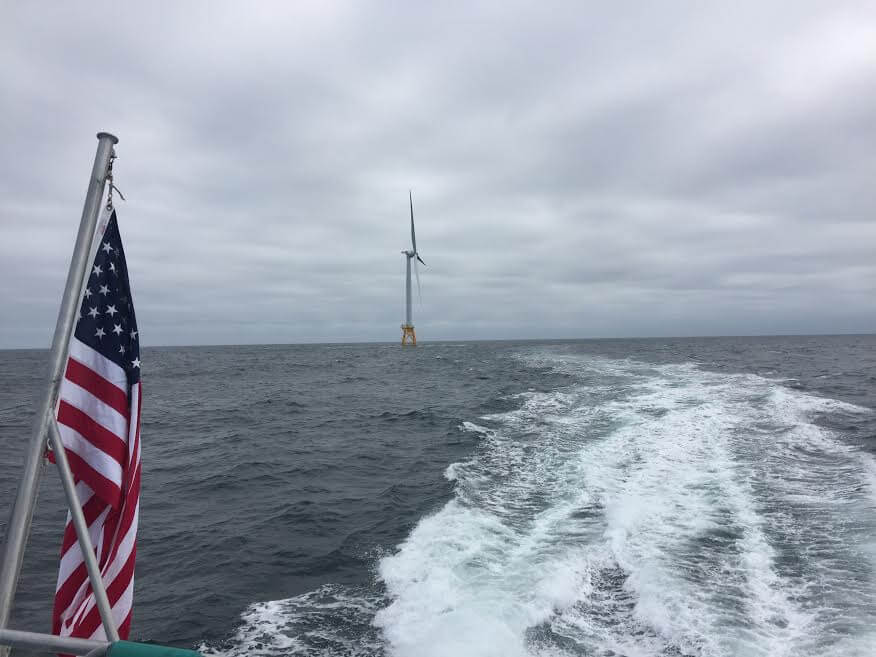 According to the companies, the vessel will provide the evolving U.S. offshore wind industry with a much needed and cost-competitive marine logistic solution, converting a Jones Act-compliant asset aligned with the conclusions from the European offshore wind learning curve. When not in service for installing and/or maintaining wind turbines, the vessel will act as an oil and gas crane jack-up for decommissioning in 300-foot water depths.

The Jones Act vessel, designed to navigate the New Bedford Hurricane Protection Barrier (located about 50 miles south of Boston), will carry and install components for at least three complete 6 MW-9 MW wind turbines. The vessel’s jacking system will be rated at a capacity of 16,000 tons.

“The deployment of a U.S.-flagged vessel is a positive sign and a step in the right direction for the offshore wind industry in the U.S.,” says Thomas Brostrøm, president of DONG Energy North America. “This will help in the creation of a sustainable supply chain that includes several suppliers, and we welcome initiatives such as this from serious market players in the industry.”

The companies say they have been in discussions with U.S. shipyards in the Gulf and along the East Coast and expect delivery of the vessel to take place no later than the fourth quarter of 2018.

Jones Act compliant yes, but what about intellectual property (IP) infringement compliant? Many European and Asian vessel fabricators and OW EPC contractors have US patents on jack up barges and using installation vessels to construct wind parks. To what extent has this been investigated by Zentech Inc. and Renewables Resources International (RRI) before announcing this design? As we saw in the UK when Enercon sued Siemens, A2SEA, and DONG over patent infringement liabilities on turbine control (Storm Control ramp down past cut out), the project developers and EPC contractors share in the liability because there isn’t full contractual indemnification on… Read more »