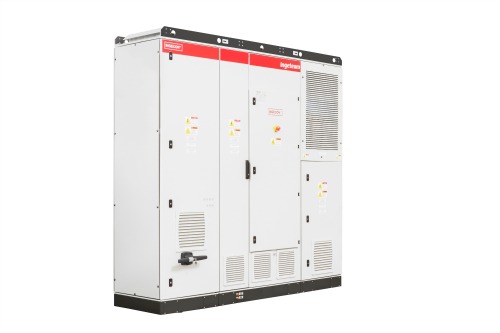 Ingeteam, an independent supplier of electrical conversion equipment, has introduced its Crowbarless solution, a modular fault ride through (FRT) system for power converters that will strengthen the grid compliance of doubly fed induction generators (DFIGs).

According to Ingeteam, the Crowbarless solution offers superior capabilities compared with the active crowbar system traditionally used to protect the power converter from grid voltage transient. The company says its solution highlights a new way to deal with low-capacity transmission lines and FRT events and remain fully grid compliant.

“The traditional crowbar solution used in DFIG topology presents a poor response to the voltage sags. This is because when a voltage sag appears in the stator terminal, the machine side converter is disabled until the inductor generator flux is stabilized. Thanks to new software and hardware implemented in our crowbarless solution, the machine side converter is available at all times during the voltage sag, achieving injection times required by the most restrictive grid codes,” says Carlos Gironés, Ingeteam’s research and development director.

Coupled to a suitable selection of grid filter and control loops tuning, the Crowbarless solution is able to keep the control of the wind turbine during these transients, achieving the control required to operate in weak grids.

In addition, Ingeteam says the modularity concept of the FRT system allows for a cost optimization for each application: The solution is very flexible and offers a cost-optimal power converter option for each wind farm scenario.

Hi, the crowbarless solution is available since years from Woodward up to 6MW. The crowbar is used for overvoltage protection of the IGBT, only. So what is new?