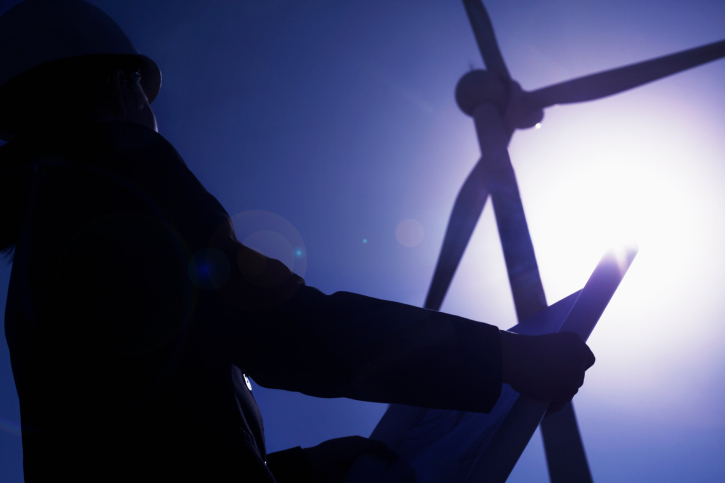 Inspecting wind turbines is often a potentially dangerous task. However, thanks to the increasingly widespread prevalence of unmanned technology, it does not always have to be. With the issuance of a Section 333 exemption from the Federal Aviation Administration (FAA) and to-come Certificate of Waiver or Authorization (COA), a Texas-based inspections provider will eradicate human risk.

Marco Zvanik, owner of Ventus Wind, says that to comply with FAA regulation for commercial UAVs, the company discontinued its use of drones at the start of 2014 after having used them for inspections since 2010.

Ventus Wind's inspections work extends beyond just wind turbines: In 2012, Zvanik says, the company branched out to other industries, including onshore and offshore oil and gas, land development, and construction sites. The FAA exemption states, specifically, that Ventus can operate the unmanned aircraft for "aerial inspections of its legacy power generation customers and to expand to support the growth of new customers in the onshore and offshore regions of the United States."

Zvanik says that with the exemption and blanket COA – which allows flights across the U.S. as long as they are under 200 feet in altitude and meet several other requirements, including maintaining visual line of sight (VLOS) and operating only in the daytime – the company will now be able to conduct commercial work for these types of inspections throughout the country.

For turbine inspections, however, the blanket COA is more limiting due to the height of the towers; therefore, Zvanik says, the company is applying for a COA to allow operations above 200 feet.

Pending this COA, he says, the company will be able to fly up to 400 feet, which would cover the majority of turbine inspections.

Back before it ceased drone operations in 2014, he explains, the unmanned aircraft allowed the company to "move away from the traditional, rope-access work" of turbine inspections. The FAA itself states in Ventus' exemption, "Conventional power generation inspections, using persons dangling from ropes at altitudes of 300 to 450 feet, are potential cause for falls, death or injury."

Instead, the agency explains, "These lightweight aircraft operate at slow speeds, close to the ground and in a sterile environment and, as a result, are far safer than conventional operations conducted by humans dangling from ropes."

In regards to how safe unmanned aircraft operations are at 400 feet, Zvanik makes a valid point: The UAVs "happen to be in areas where there is no issue with their height," he says, referring to the "sterile environment" that the FAA mentioned in the exemption.

The turbines, located in "such remote areas," he explains, would never be placed in an area disruptive to airspace with manned aircraft, so the drones themselves are not disruptive either.

Any privacy concerns, the FAA notes in the exemption, are eliminated by the uninhabited locations, as well. "Notably," the agency says, "the benefits of the proposed operation of the Ventus UAV will be realized without implicating any privacy issues."

Once Ventus Wind receives its COA to operate above 200 feet, the company will not only eliminate human risk, but also significantly reduce inspection time. With the rope-access technique, Zvanik explains, an inspection takes between three and four hours; with a drone, the time is cut to 45 minutes. He adds that the company currently has eight UAV pilots in command, each with a commercial or private pilot license.

The UAV, which must stay within the VLOS of the operator, will look for damage such as "wear and tear on the rotor blades," he says, or damage from lightning strikes.

Equipped with an infrared camera, a drone can also detect turbine faults that the human eye often cannot, including minute damage such as pinholes or wrinkles, he adds.

He says this VLOS requirement will not affect turbine inspections, but it does pose a problem to approximately 20%-30% of the rest of the company's work.

However, he says, the company will "come up with ways to mitigate that" and sees endless opportunities for its inspection work: For infrastructure inspections, the company looks for corrosion, rusting or any areas that "may need potential repair"; for creeks, it looks for illegal dumping, litter or erosion; and for the oil and gas industry, it conducts aerial flare inspections.

According to the FAA, Ventus has a "long and well-recognized history in third-party inspections, operations and maintenance, expert witness services, and root cause analysis of failures in the power generation and composites industry," as well as an "extensive history" of operating UAVs for these inspections, the agency says in the exemption.

With the issuance of this commercial exemption and pending COA, Ventus Wind can return to following through on its vision statement: developing "a new future of inspection methodologies, techniques and data â�¦ to better manage our global power generation and infrastructure assets."