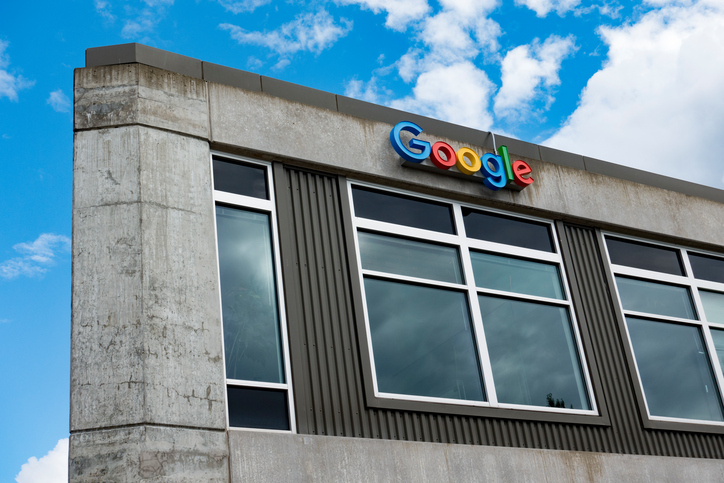 Google has announced a major milestone in its quest toward becoming powered entirely by renewable energy: It’s set to happen as soon as 2017.

According to a company blog from Urs Holzle, senior vice president for technical infrastructure, Google, touting itself as “the world’s largest corporate buyer of renewable power,” says it currently purchases 2.6 GW of wind and solar power globally. In 2015 alone, the company says it contracted for a total of 842 MW of renewables.

Google says it has inked a total of 20 renewable energy purchase agreements to date. Now, in order to reach 100% renewables next year, the company plans to purchase even more wind and solar – enough to cover “every unit of electricity [its] operations consume globally.” This includes both corporate offices and data centers, the company notes.

In response to the announcement, Jodie Van Horn, director of the Sierra Club’s Ready for 100 campaign, says in a statement that “leadership from major corporations like Google plays a critical role in the transition to 100 percent clean, renewable energy.”

“By transitioning global operations to run entirely on renewable energy, Google is charting a course for other corporations, institutions, cities and communities to take bold action that will create jobs, save money and protect families from dangerous fossil fuel pollution,” Van Horn adds.

Google signed its first renewable energy agreement back in 2010 for NextEra’s Story County II facility, a 114 MW wind project located in Iowa. Most recently, Google teamed with Dutch companies DSM, Philips and AkzoNobel for a long-term agreement to jointly source power from renewables projects in the Netherlands. The company is also a member of RE100, an initiative of corporations pledging commitments to 100% renewable energy.

Google notes in its blog that this new milestone is not the last step toward growing its clean energy initiatives.

“As we look to the immediate future, we’ll continue to pursue these direct contracts as we grow, with an even greater focus on regional renewable energy purchases in places where we have data centers and significant operations,” the blog says. “Since the wind doesn’t blow 24 hours a day, we’ll also broaden our purchases to a variety of energy sources that can enable renewable power, every hour of every day. Our ultimate goal is to create a world where everyone – not just Google – has access to clean energy.”

In a statement, Bob Perciasepe, president of the Center for Climate and Energy Solutions, says, “Google’s achievement is further evidence of the continuing momentum of America’s clean energy transition. Companies like Google are investing billions of dollars in clean energy and efficiency because it makes sound business sense.”

Gregory Wetstone, president and CEO of the American Council On Renewable Energy, which is applauding Google’s announcement, says in a statement that the “impressive early achievement” is a “definitive demonstration that renewable energy is cost-effective and readily available at scale today.”

A white paper on Google’s renewable energy plans can be found here.