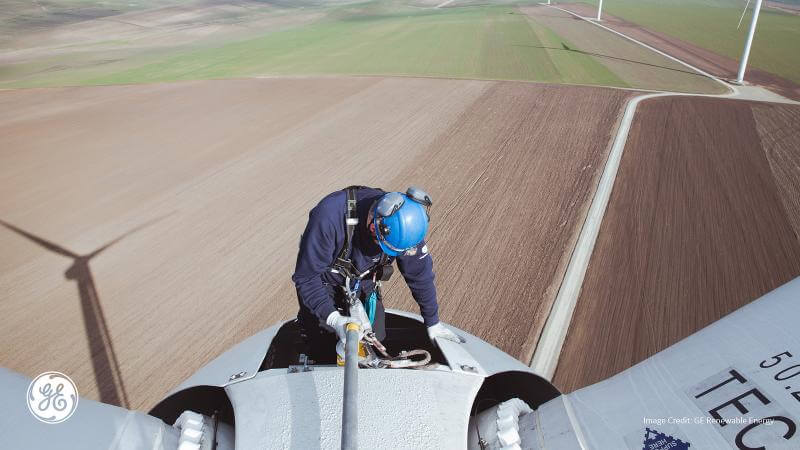 Microsoft is entering into a 15-year power purchase agreement (PPA) with GE to purchase 100% of the wind energy from GE’s new 37 MW Tullahennel wind farm in County Kerry, Ireland.

Each turbine will have an integrated battery; Microsoft and GE will test how these batteries can be used to capture and store excess energy and then provide it back to the grid as needed. This provides more predictable power to an increasingly green Irish grid by smoothing out peaks and valleys in wind production, the companies explain. This will better enable intermittent clean power sources like wind energy to be added to the Irish grid.

Notably, the partners claim, this will be the first deployment of battery integration into wind turbines to store energy in Europe.

Andres Isaza, chief commercial officer of GE Renewable Energy, says, “This partnership with Microsoft expands GE’s considerable presence and investment in Ireland, where we already employ over 1,500 people and, in particular, in the renewable energy sector. Wind is now one of the most competitive sources of electricity on the market today, and we’re excited about the capability to use data generated from these wind turbines, using the Predix platform, to maximize the output and value of this project.”

Microsoft is also acquiring an Irish energy supply license from GE. The supply license will benefit both Microsoft and the Irish power grid, as it allows the tech company the flexibility to easily grow and invest in renewable energy in Ireland over time. ElectroRoute will act as trading service provider.

Once operational, the new wind project will bring Microsoft’s total global direct procurement in renewable energy projects to almost 600 MW. In 2016, Microsoft set clean energy commitments to power its datacenters and bring new renewable energy sources online in the communities in which it operates.