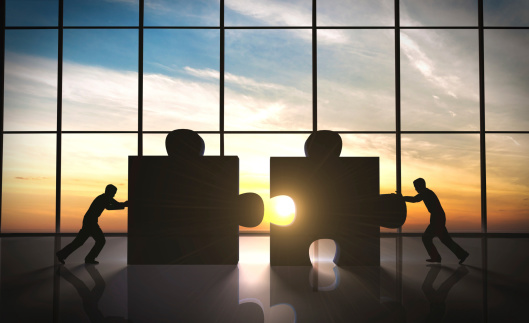 Following regulatory approval of the deal in over 20 countries and regions, GE says it has completed its largest-ever industrial acquisition: Alstom's power and grid businesses.

GE reached an agreement with the France-based conglomerate in 2014 to purchase the power and grid businesses for EUR 12.35 billion ($13.61 billion). Adjusting for the joint ventures announced in June 2014 (renewables, grid and nuclear), changes in the deal structure, price adjustments for remedies, net cash at close and the effects of currency, the purchase price is EUR 9.7 billion (approximately $10.6 billion).

According to a GE spokesperson, the GE Renewable Energy business has now spun off from GE Water & Power and become its own separate entity.

According to a blog from Jesse Broehl, senior research analyst at Navigant Research, Alstom's onshore wind business has been acquired completely by GE; the offshore wind business, however, will be part of a 50/50 joint venture between the two companies.

Although the acquisition's "wind power aspect is small with regards to the broader deal," the blog says, it is "one of the more significant shake-ups in wind sector in quite some time."

Jeff Immelt, chairman and CEO of GE, comments, "The completion of the Alstom power and grid acquisition is another significant step in GE's transformation. The complementary technology, global capability, installed base and talent of Alstom will further our core industrial growth. We are open for business and ready to deliver one of the most comprehensive technology offerings in the energy sector for our customers."

On the offshore wind side, Alstom's "primary asset" in the deal, according to Broehl, is its 6 MW direct-drive Hailade turbine, which has been awarded a number of offshore wind tenders in France, as well as been selected for Deepwater Wind's Block Island project – which is currently under construction and is scheduled (for the fourth quarter of next year) to become the first offshore wind project to operate in the U.S.

"It is an interesting dynamic that the first offshore wind farm being built in the U.S. is using Alstom turbines, which will soon fall into the GE-Alstom JV. This merger allows GE to get into the offshore wind sector without having committed its own R&D to bring a commercialized turbine to market," Broehl explains.

In a post on GE Reports, Bryan Martin, head of U.S. private equity at D.E. Shaw & Co., a backer of the Block Island project, says, "GE and Alstom getting together creates the first real competitor to Siemens, which has dominated the European market for offshore wind farms."

The Navigant Research blog notes that considering GE and Alstom held third and 24th place, respectively, in global market shares of wind in 2014, "GE is not suddenly acquiring an enormous new wind business."

Instead, Navigant says, "GE's wind division and its supply chain is optimized for its own wind business, which is focused on the U.S. market, followed by Canada and Brazil" and will give the company "a small market share increase in Europe, where, so far, it has had limited success." However, Alstom and GE have "notable overlap" in Brazil in terms of wind market shares, so the JV could become a "market leader" in the region, according to Broehl.

GE has also completed the sale of its rail signaling business to Alstom for approximately $800 million. Patrick Kron, chairman and CEO of Alstom, says the company is now "entirely refocused on [rail] transport."

‘Today represents a major milestone in Alstom's history," he says. "We managed to secure a win-win deal with General Electric, which protects the interests of employees and customers in the energy businesses while reinforcing Alstom's positioning in the transport industry. Alstom today holds leadership positions on a globally growing rail market and will rely on a solid financial base to support its growth strategy."