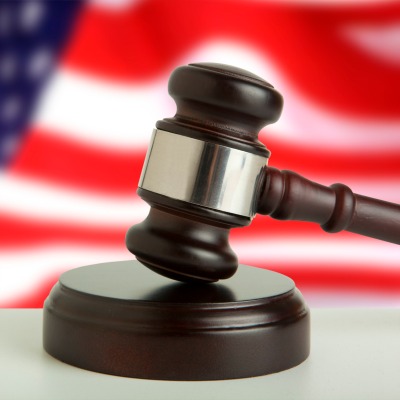 In a surprise ruling issued last week, a U.S. appeals court held that President Barack Obama had unconstitutionally deprived a Chinese-controlled buyer, Ralls Corp., of its property rights in four wind farm projects by forcing it to divest that property for national security reasons.

This case arises from Ralls' March 2012 acquisition of four project companies that were formed to develop wind farms in north central Oregon. The project companies' assets included easements permitting the construction of wind turbines, power purchase and generator interconnection agreements with the local utility, transmission interconnection agreements with nearby wind farms, and the permits and approvals necessary to construct the turbines.

Ralls had challenged the presidential order that had been issued in connection with a review of foreign investment by the Committee on Foreign Investment in the United States (CFIUS), an interagency U.S. government body charged with assessing the potential national security effects of foreign acquisitions of U.S. businesses.

The appeals court explained that, in the CFIUS context, due process requires that the investor be informed of the official action, be given access to the unclassified evidence on which the president relied in making his decision, and be granted an opportunity to rebut that evidence.Â

Although the ruling did not challenge the president's substantive determination that the Ralls transaction threatened U.S. national security or his decision to block Ralls' operation and ownership of the wind farms as a means to mitigate the threat, it likely will result in a more transparent and fairer national security review process of foreign investment in the U.S.

Appeals Court Decision
The wind farm projects acquired by Ralls were located adjacent to restricted Naval air space. Ralls did not notify CFIUS prior to completing its acquisition of the wind farm sites, although it ultimately submitted a notice to CFIUS after the U.S. Navy requested that Ralls move the location of its wind project to prevent disturbances of military aircraft training.

During its review and investigation, CFIUS ordered Ralls not to engage in construction or store goods at, or otherwise access, the wind farm sites, and the agency required the company to offer CFIUS the right to review and object to any transfer of the sites. At the end of the investigation, CFIUS recommended blocking the transaction, and the president issued an order extending most terms of the CFIUS order and requiring Ralls to divest the wind farms within 90 days.

Ralls filed suit against CFIUS during the investigation, claiming, among other things, that the CFIUS order exceeded the agency's statutory authority and that CFIUS had deprived Ralls of its property interests in violation of Ralls' due process rights. Subsequently, Ralls amended its complaint to assert that the presidential order also exceeded statutory authority and that both orders had violated Ralls' constitutional rights to due process and equal protection. A trial court found that Ralls' claims with respect to the CFIUS order were superseded by the presidential order and that its claims with respect to the presidential order failed on the merits.

In its decision, the appeals court reversed the lower court's findings, holding in favor of Ralls' due process claim. The court found that the president had not provided adequate process to Ralls and that, at a minimum, Ralls was entitled to notice of the official action, review of the unclassified portions of the evidence relied upon by the president in his decision, and the right to respond to that evidence. Separately, the appeals court found that the district court had incorrectly dismissed Ralls' CFIUS order claims, sending those claims back to the lower court for a hearing on the merits.

Further developments in this case are certain. First, the case has been remanded to the district court, with instructions that Ralls be provided access to the unclassified evidence on which the president relied, as well as an opportunity to respond to that evidence. Second, the district court has been instructed to consider arguments concerning Ralls' CFIUS order claims.

In addition, the appeals court ruling may be further appealed by the U.S. Finally, the court's holding may be circumscribed by future congressional action, including action to preclude review of constitutional due process claims in CFIUS proceedings.

Implications
The scope of the appeals court's ruling is limited, but it is still significant. Notably, the court's decision did not question the statutory bar to judicial review of the president's national security determinations: Although courts may review procedural matters relating to the CFIUS review process, they will not review a final action by the president to suspend or prohibit a transaction that threatens to impair the national security of the U.S. Similarly, the court did not challenge in any way the president's substantive national security determination with respect to Ralls' acquisition of the wind farm projects.

Instead, the court's decision should be viewed as extending additional process-related rights to investors whose acquisitions are subject to CFIUS national security review and facilitating the adoption of a more transparent, and arguably fairer, regulatory process. Subject to further developments in the litigation and potential congressional response, it is likely that CFIUS will modify its procedures to provide more "due process" to foreign investors whose investments may raise national security concerns.

Regardless of the ultimate outcome of this case, foreign investment in the U.S. wind power sector – including acquisitions of U.S. wind farm projects and of suppliers to the industry – will continue to be subject to national security review by CFIUS.

C.J. Voss is a corporate partner in the Seattle office at law firm Stoel Rives. He can be reached at cjvoss@stoel.com.