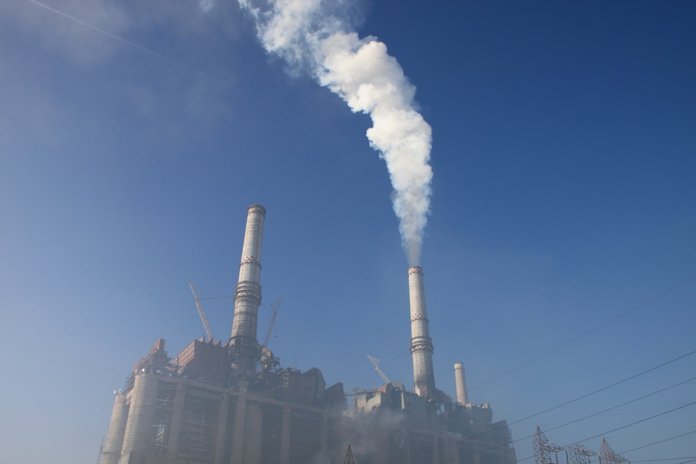 The U.S. Environmental Protection Agency (EPA) has proposed the Affordable Clean Energy (ACE) Rule, which establishes emission guidelines for states to use when developing plans to limit greenhouse-gas (GHG) emissions at power plants. The proposal is a replacement for the Obama administration’s Clean Power Plan (CPP), which the agency calls “overly prescriptive and burdensome.”

Pursuant to President Donald Trump’s Executive Order 13873, which directed federal agencies to review “burdensome regulations,” the EPA – under the leadership of then-administrator Scott Pruitt – undertook a review of the CPP, which calls for reducing carbon emissions from the U.S. power sector 32% below 2005 levels by 2030. To do so, the plan calls for, among other initiatives, phasing out coal plants with clean energy sources such as wind and solar power. Following the review, the EPA argued that the CPP was “premised on a novel and expansive view of agency authority” and was “inconsistent with the Clean Air Act.”

According to the EPA, the new proposal aims to reduce GHG emissions through four main actions:

1. Defines the “best system of emission reduction” for existing power plants as on-site, heat-rate efficiency improvements;
2. Provides states with a list of “candidate technologies” that can be used to establish standards of performance and be incorporated into their state plans;
3. Updates the New Source Review permitting program to further encourage efficiency improvements at existing power plants; and
4. Aligns regulations under CAA section 111(d) to give states adequate time and flexibility to develop their state plans.

The EPA has released its own “side-by-side comparison” of the two plans:

The EPA says the proposal was informed by more than 270,000 public comments that the agency received as part of its December 2017 advance notice of proposed rulemaking. The EPA will take comment on the proposal for 60 days after publication in the Federal Register and will also hold a public hearing.

“The ACE Rule would restore the rule of law and empower states to reduce greenhouse-gas emissions and provide modern, reliable and affordable energy for all Americans,” says Andrew Wheeler, acting administrator of the EPA. “Today’s proposal provides the states and regulated community the certainty they need to continue environmental progress while fulfilling President Trump’s goal of energy dominance.”

“EPA has an important role when it comes to addressing the CO2 from our nation’s power plants,” adds Bill Wehrum, assistant administrator for the EPA’s Office of Air and Radiation. “The ACE Rule would fulfill this role in a manner consistent with the structure of the Clean Air Act while being equally respectful of its bounds.”

The EPA estimates that the ACE Rule could reduce 2030 CO2 emissions by up to 1.5% from projected levels without the CPP – the equivalent of taking 5.3 million cars off the road. Further, when states have fully implemented the proposal, U.S. power sector CO2 emissions could be 33% to 34% below 2005 levels, higher than the projected CO2 emissions reductions from the CPP, the agency claims.

The EPA also claims that replacing the CPP with the proposal could provide $400 million in annual net benefits. It could also reduce the “compliance burden” by up to $400 million per year compared to the CPP, according to the agency.

However, countering the EPA’s claims is the Natural Resources Defense Council (NRDC), which says in a blog that the proposal “exaggerates the [CPP] compliance costs and underestimates the health and environmental benefits of reducing power plant pollution.”

“But despite these accounting gimmicks, EPA’s own calculations show that the compliance costs of the Trump proposal will barely save any compliance costs compared to the CPP and could even cost more,” writes Lissa Lynch, staff attorney for federal policy at NRDC’s Policy, Climate & Clean Energy Program.

Other clean energy and other environmental advocacy groups have also announced their opposition to the proposal.

Calling it the “Dirty Power Plan,” the Sierra Club says the proposal ignores the EPA’s legal obligation under the Clean Air Act to address carbon pollution from power plants by “merely passing the buck to states to act.” The rollback asks states to set their own policies and, according to the group, does little to prohibit fossil fuel groups from helping set weak pollution standards, which are unlikely to survive challenges in court.

“The Wheeler-Pruitt Dirty Power Plan is one of the Trump administration’s most egregious attacks on clean air, public health and our fragile climate,” states Michael Brune, executive director of the Sierra Club. “The proposed rollback of lifesaving clean air safeguards is an anemic rule that subjects the EPA to the very coal industry executives who used to sign Wheeler’s paychecks and want to pollute with impunity. That is why the Sierra Club and communities across the country are committed to fighting this rollback and continuing our work retiring coal plants, championing clean energy and protecting the health of our families. America will continue moving away from dirty, polluting fossil fuels and confront the climate crisis head on, with or without the Trump administration.”

“In contrast, a market-based approach that takes full advantage of cost-competitive advanced energy resources would not only deliver far deeper emission reductions but give states numerous other benefits: lower costs, greater reliability, technological innovation and economic growth in the advanced energy sector, which already employs over 3.4 million Americans,” Woolf adds.

Pointing to the country’s growth in renewable energy jobs, Bob Keefe, executive director of Environmental Entrepreneurs, says the EPA’s proposal “solidifies that the administration has no interest in producing a meaningful energy vision that benefits American business and workers and helps America compete in a 21st-century economy.”

“Clean energy jobs now vastly outnumber fossil fuel jobs, but this administration once again wants to put its thumb on the market scale to prop up these industries and slow the growth of American jobs,” Keefe says.

Andrea McGimsey, senior director of global warming solutions at Environment America, is calling for action at the state and local level:

“With the Trump administration ceding responsibility for climate change policy to the states, responsible decisions close to home are critical,” she says. “We call on all governors, other state and local leaders, and businesses to step up their efforts to reduce carbon pollution and clean up our air. We need their strong leadership on the transition to clean energy more than ever.”

McMahan explains that California, for example, has had a “well-established and functioning ‘cap and trade’ program that has survived judicial challenge and been extended by legislation through 2030.”

“As the fifth largest economy in the world,” he says, “California’s efforts are a significant test case for the premise that carbon regulation can coexist with economic growth and jobs creation.” He adds that Oregon and Washington are also slated to enact “sweeping new greenhouse-gas legislation.”

“The Pacific states are likely to solidify this ‘green wall’ with carbon legislation that may spur other states to take up the mantle of the Paris Climate Agreement,” McMahan says. “This experiment will challenge propositions of ‘green job’ creation and whether such legislation stimulates new industries without offsetting impacts of lost industrial jobs.

“Further,” he continues, “with other states pursuing their own climate legislation, and given market forces making coal investments questionable, the impact of the ACE Rule to reverse state efforts is uncertain, particularly if states will truly be free to enact their own legislation free from administration efforts to manipulate energy markets in favor of coal generation.”