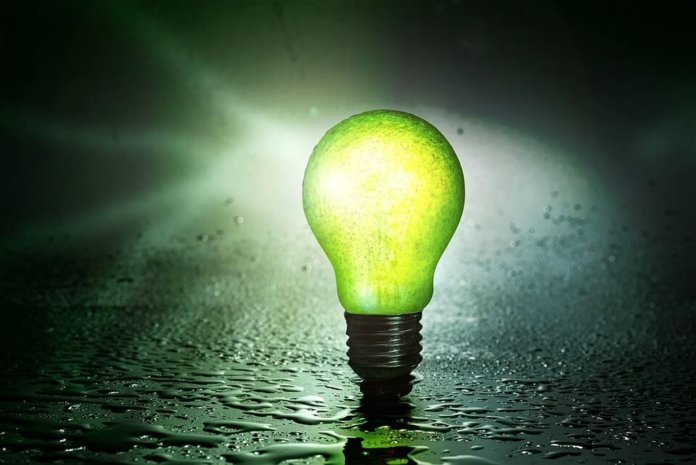 The EPA says it established the Green Power Partnership in 2001 to protect human health and the environment by increasing organizations’ voluntary green power use to advance the American market for green power and development of those resources. The program provides a framework that includes credible usage benchmarks, market information, technical assistance, and public recognition to companies and other organizations that use green power.

The 2017 winners for each of four award categories are the following:

Green Power Partner of the Year

• The City of Houston purchased wind energy certificates equal to 80% of the city’s annual power use in 2016 and also entered into a power purchase agreement (PPA) that will supply the city with the output from 50 MW of solar power generated at a facility in Alpine, Texas, with anticipated savings to consumers of more than $1.9 million per year over the 20-year term.
• L’Oréal USA’s manufacturing operation has increased its use of green power from 33% up to 100% since 2016, and the company has over a dozen solar installations across the U.S.

L’Oréal USA, the largest subsidiary of cosmetics company L’Oréal Group, is currently using 100% renewable electricity across its 21 U.S. manufacturing and distribution facilities. According to the company, the more than 86 million kWh usage is equivalent to the electricity use of more than 8,000 average American homes annually.

Green Power Community of the Year

• Bainbridge Island, Wash., holds one of the highest community participation rates in the Puget Sound Energy’s green power program, and all city facilities use 100% green power.

• Amphitheater Public Schools entered into a 25-year PPA for installed solar across 24 school sites and support facilities in 2016, supplying more than 65% of the school district’s electricity demand.
• Apple Inc. generates more than 228 million kWh at its facilities and has built or contracted for 580 MW of solar PV and 200 MW of wind power to support its data centers and corporate offices in California, Oregon, Nevada, Arizona and North Carolina.
• Intel Corp. uses more than 3.8 billion KWh of green power annually in the U.S. through on-site projects, utility programs and renewable energy certificates.
• Iron Mountain Information Management LLC’s green power use accounts for 40% of its power requirements, and it is encouraging the development of new green power generation in the Mid-Atlantic region.
• Lockheed Martin Corp. procured green power for 20% of its total U.S. operations’ electricity needs and has 11 operational on-site green power installations.
• Stanford University’s energy supply facility has district-level heat-recover and 72 MW of solar capacity, meeting more than 50% of the university’s electricity needs.
• The University of Missouri currently combines on-site generation and a wind PPA to purchase more than 90 million kWh of green power, representing 36% of the university’s campus electricity.
• Victor Valley Wastewater Reclamation Authority produced nearly 7.5 million kWh on-site, representing 74% of its own electricity, through a Biogas-to-Energy Program.

Excellence in Green Power Use

• Capital One achieved its corporate energy goals three years early, including powering the company 100% with green power.
• Equinix Inc. was the first interconnection and data center to announce a goal of using 100% green power across its global footprint and has signed financial PPAs for wind power that will, as of 2016, cover 80% of its U.S. load.
• Google Inc. procures more than 1.7 billion kWh of green power for its operation and is on track to achieve its commitment to power all of its operations with green power in 2017.
• Microsoft Corp. procured more than 3.3 billion kWh of green power last year for its domestic operations to expand its ongoing investment in building a cleaner, more responsible cloud.
• TOTO USA’s Morrow, Ga., facility uses green power for 100% of its electricity use and was the first large-volume participant in Georgia Power’s Simple Solar Program to meet 100% of its use through the purchase of RECs from certified solar power.
• The University of California has made numerous large-scale investments in green power, including long-term PPAs for 80 MW with solar energy projects in California’s Central Valley that began to come online in 2016 and represent the largest solar purchase ever made by a university in the U.S., according to the EPA.
• University of Tennessee, Knoxville became the largest college or university green power user in the partnership as of 2016, purchasing more than 250 million kWh of green power annually.
• Clif Bar & Co., which makes nutritious and organic food products, has sourced 100% green power for all its owned and operated facilities since 2003 and has developed innovative programs to support green power for its supply chain and employees.

“Clif Bar values doing business in a different way with a commitment to Sustaining our Planet as one of the five aspirations that guide our company,” says Elysa Hammond, Clif Bar’s vice president of environmental stewardship. “We are honored to be recognized for our efforts to support green power use and help build the climate movement among our employees, suppliers and the public. We are also deeply grateful for the leadership and support from our partners at the EPA who have provided us with valuable guidance along this journey.”