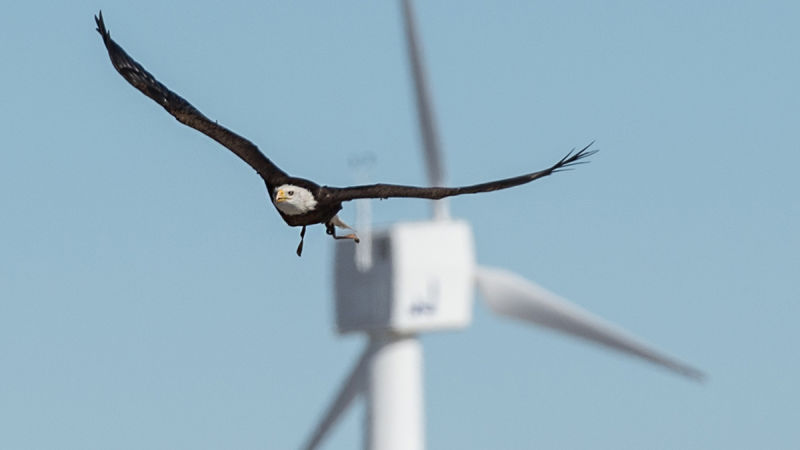 A team of researchers from the National Renewable Energy Laboratory (NREL) and Auburn University has enlisted a pair of trained eagles to test radar and camera technologies aimed at eliminating bird collisions with wind turbines. The team is testing the detection capabilities of two technologies: the Laufer Wind Aircraft Detection System and the IdentiFlight visual eagle detection system.

The Laufer Wind Aircraft Detection System uses a 360-degree radar to scan for low-flying aircraft, automatically turning on aviation warning lights when an aircraft is detected. This prevents the warning lights from being on all night and creating a visual impediment on nearby communities.

NREL first began working with the Laufer Aircraft Detection System back in 2009. But, it’s like “looking for a needle in a haystack,” says NREL researcher Jason Roadman to Auburn University. “The radars process a gigabyte of data every minute; the trick is to discern the bytes of data that represent the bird. Learning the size, speed and flight characteristics of the eagle helps the radar determine what is and isn’t a bird.”

The other system being tested is IdentiFlight, a visual eagle detection system co-developed by Renewable Energy Systems and Boulder Imaging. Using a system of long-range cameras, IdentiFlight can detect birds up to 1,000 meters away, allowing the wind turbine operator to slow down or stop the blades and prevent a bird strike.