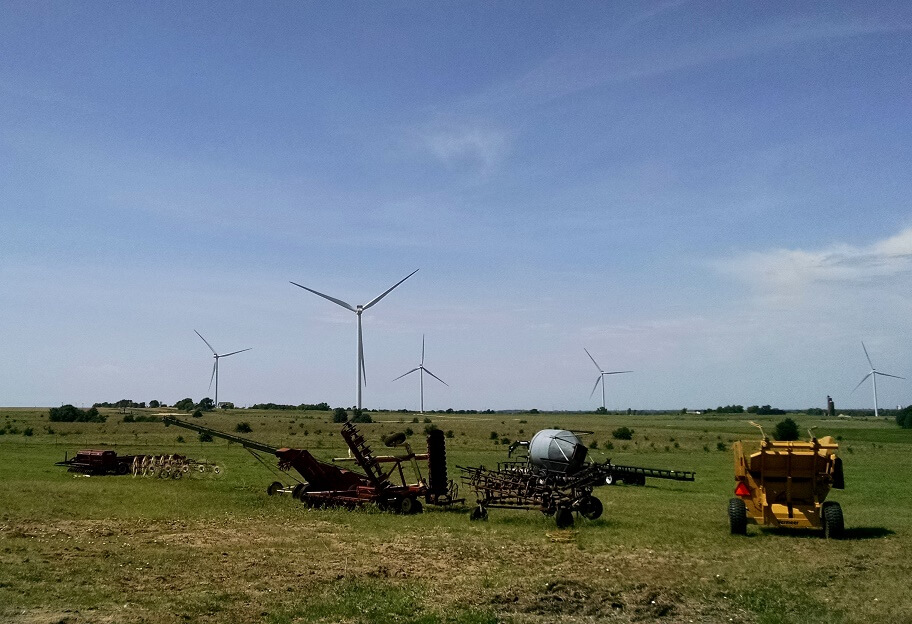 The project, situated in Kay County, became operational in late December. City Utilities of Springfield, Mo., is purchasing the power under a 22-year agreement.

State Rep. John Pfeiffer, R-District 38, who was the keynote speaker at the event, said, “Wind energy is progressive and beneficial to the economy of Oklahoma. I’m grateful to companies like Duke Energy Renewables that are unlocking the potential of this important resource to the benefit of our state.”

“The support of community leaders, landowners, vendors and our customer, City Utilities of Springfield, made a project of this scale possible,” said Rob Caldwell, president of Duke Energy Renewables and Distributed Energy Technology. “After celebrating the success of the Frontier project, we are exploring the potential of bringing more wind power to Oklahoma.”

“The partnership that we have developed with Frontier and Duke is one that has helped to secure the foundation for Springfield’s energy demands of the future,” said Scott Miller, general manager of City Utilities of Springfield. “Changes in power generation sources have been very quick, and we’re excited to be able to offer this level of renewable resource to our customers at the same time we retire some of our older generation sources.”

“Rarely does a project, by design, have a multigenerational economic impact on a region like Duke Energy Renewables’ Frontier wind farm,” said John Robertson, executive director of Blackwell Industrial Authority. “Blackwell, Okla., is fortunate to have been selected for their operations, assuring decades of high-tech jobs and investment in our rural location.”