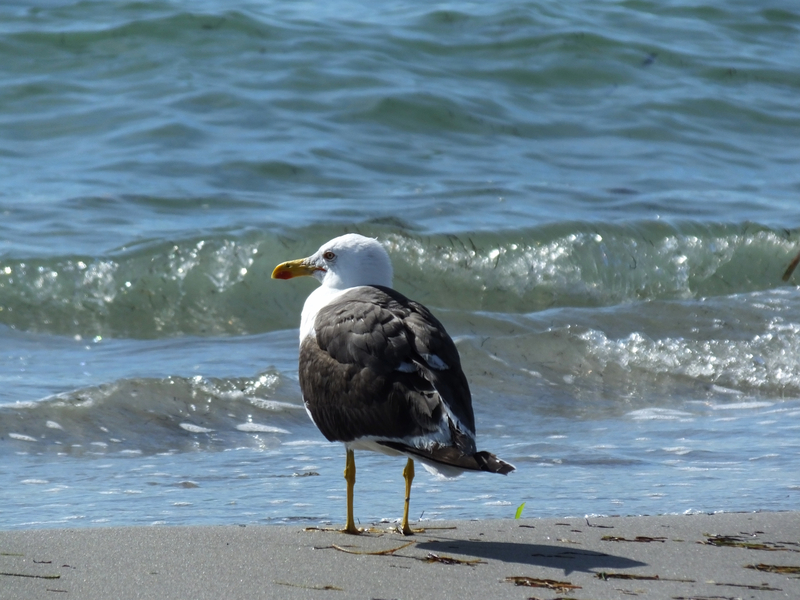 In a bid to understand how the amber-listed lesser black-backed gull behaves around offshore wind farms, the British Trust for Ornithology (BTO), a bird research charity in the U.K., has partnered with DONG Energy to carry out a study of the species off the Cumbrian coast.

During the two-year study, GPS tags will be used to track the movements of gulls from a colony at Cumbria Wildlife Trust’s South Walney Nature Reserve. According to the BTO, the species is protected there but has recently been declining. The movements will also be tracked on rooftops in Barrow-in-Furness, where lesser black-backed gulls are often less welcomed by their human neighbors, says the BTO.

The tags, which sit between a bird’s wings like a backpack, will allow the BTO researchers to understand many different aspects of these birds’ lives around wind farms, including whether gulls are at risk of death through collision with turbine blades.

“While offshore wind farms are a key weapon in the fight against climate change, it is important to understand potential effects of their development on wildlife in order to minimize any negative impacts,” said Emily Scragg of the BTO. “The tagging will enable the BTO to study the flight patterns of these two groups of gulls and offer an unprecedented chance to understand how seabirds respond to the construction of an offshore wind farm, as well as to further understand their movements through the year.”

The study is being jointly funded by the Walney Extension and Burbo Bank Extension projects, two of the offshore wind farms that DONG Energy is currently building off the northwest coast of the U.K.

“We are keen to learn more about how these gulls behave around offshore wind farms as they fly above, below or between the individual wind turbines. It will also be interesting to see how they interact with the wind farms,” said Allen Risby, lead environmental and consent specialist with DONG Energy.

Tagging was undertaken this year during the gulls’ summer breeding season, and the work thus far has already shown some differences in the use of offshore areas by birds from South Walney and Barrow, says the BTO.