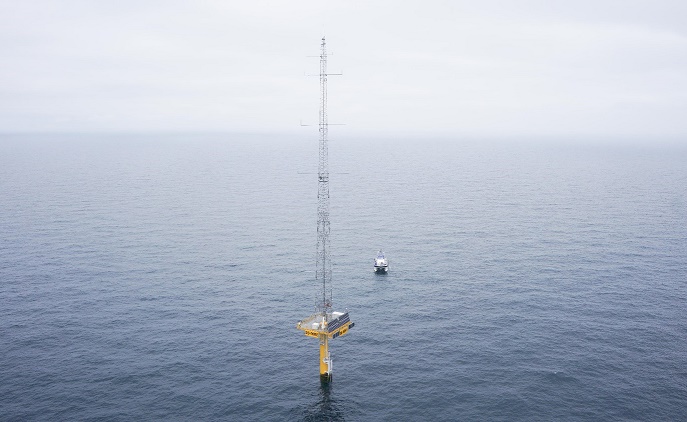 Scotland-based Cyberhawk Innovations, a provider of drone-based inspections and surveys, has completed an operations and maintenance (O&M) inspection project for Forewind’s Dogger Bank offshore wind farm, situated 150 kilometers off the coast of the U.K.

The project saw a team of three from Cyberhawk, including offshore drone pilots and a mechanical engineer, mobilize to the Round 3 development site to undertake unmanned aerial vehicle (UAV) inspections of two meteorological masts.

According to Cyberhawk, Dogger Bank is a particularly challenging wind project site, being the furthest offshore wind farm from the U.K. coast.

The inspections, which took place in April, took just one day per met mast; in comparison, traditional methods could take at least double the amount of time, says Cyberhawk, which adds that the use of UAVs also significantly improved safety levels for personnel.

“Once again, our inspection solution has proven that professionally operated [UAVs] can capture equal, if not more, detailed results than sending in personnel,” says Philip Buchan, commercial director of Cyberhawk. “The huge safety benefits on offer come hand in hand with reduced costs and quicker inspection time, all of which are being increasingly recognized by wind farm operators both onshore and offshore.”