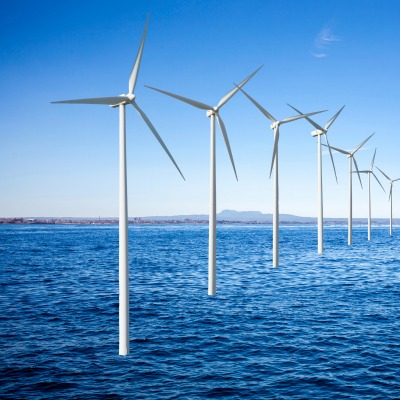 In a highly anticipated announcement made during Wednesday's opening general session at the American Wind Energy Association's WINDPOWER 2014 show, the U.S. Department of Energy (DOE) named the winning recipients for the next round of funding in the agency's effort to incentivize innovative offshore wind technologies.

According to the DOE, Dominion Virginia Power, Principle Power and Fishermen's Energy will each receive $46.7 million over the next four years to deploy innovative, grid-connected systems in state and federal waters. Each project is expected to be commercially operational by 2017, according to David Danielson, who leads the DOE's Office of Energy Efficiency and Renewable Energy.

The three recipients were narrowed down from seven original applicants that each received a $4 million grant in December 2012. In addition to the three winners, the original recipients included Statoil; Austin, Texas-based Baryonyx; Cleveland-based LEEDCo; and a consortium led by the University of Maine (UMaine). Notably, Norwegian energy company Statoil eventually abandoned its 12 MW Hywind demo project in Maine, citing delay, uncertainty and changes in the state's regulatory framework.

Dominion Virginia Power will install two 6 MW direct-drive wind turbines 26 miles off the coast of Virginia Beach using U.S.-designed twisted jacket foundations. According to the DOE, Dominion's project will demonstrate how to design and install projects far from shore.

Principle Power will install five 6 MW direct-drive wind turbines approximately 18 miles off the coast of Coos Bay, Ore. The U.S.-developed WindFloat semi-submersible floating foundation will be installed in water 1,000 feet deep, demonstrating innovation in great water depths and eliminating the need for specialized ships, the DOE notes. Shortly after the DOE announcement was made public, Providence, R.I.-based Deepwater Wind announced that it has agreed in principle to develop the WindFloat project and own it.

However, Deepwater's news was only the second most surprising aspect behind the DOE's announcement. The "most shocking" award went to Fishermen's Energy of New Jersey – whose offshore wind demonstration project, located off the coast of Atlantic City, was recently rejected by the New Jersey Board of Public Utilities (BPU).

Fishermen's Energy will install five 5 MW direct-drive wind turbines from China-based XEMC New Energy three miles off the coast of Atlantic City using a U.S.-designed twisted jacket foundation that is meant to be simpler and less expensive to install than traditional offshore wind foundations. The DOE notes that the Fishermen's project will also serve as a laboratory and research center to learn about the interactions between wind turbines.

The project has all state and federal permits needed to build the project but was waiting for BPU approval. In March, the BPU rejected the Fishermen's application, ruling that the proposed project would cost ratepayers too much. For its part, Fishermen's says that regulators mistakenly based the decision on a $263/MWh offshore renewable energy certificate (OREC) price when the actual proposed price was $199.17/MWh. Following rejection of its application, Fishermen's vowed to challenge the regulators' decision in court.

‘Fishermen's is confident that the NJ Board of Public Utilities will recognize the vetting by the DOE of the project and will now engage with Fishermen's to finalize our OREC application so the project can proceed expeditiously,’ said Chris Wissemann, Fishermen's CEO, in a statement.

Notably, the DOE also said that the UMaine-led project and LEEDCo will each receive about $3 million in research grants.

‘We valued innovation as the biggest single criterion,’ he said, adding that the second phase of the offshore wind grant program did not require a full reconciling of extenuating circumstances – meaning Fishermen's troubles with the BPU did not factor into the DOE's decision. However, off-take agreements will matter going forward, he explained.

‘If [a project] can't get an off-take agreement, the project won't move forward,’ Zayas said, leaving open the possibility that UMaine or LEEDCo can still qualify for the $46.7 million DOE grant if the Fishermen's project fails to win state approval.

‘We understand there are risks,’ Zayas noted.