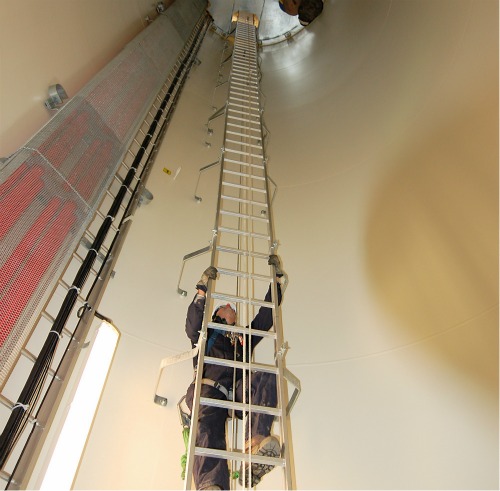 The U.S. Department of Commerce (DOC) has issued a preliminary determination that the Chinese government provided massive subsidies to Chinese producers of utility-scale wind turbine towers.

The investigation applies to utility-scale wind towers with a minimum height of 50 meters that are designed for use in wind turbines with generating capacities in excess of 100 kW.

In its preliminary ruling, the DOC said that Titan Wind Energy (Suzhou) Co. Ltd. and CS Wind China Co. Ltd. received countervailing subsidies from the Chinese government at rates of 26.0% and 13.74%, respectively.

For all other Chinese producers of utility-scale wind towers, the countervailing rate is 19.87%, the DOC also said.

The department's decision establishes the preliminary countervailing duty (CVD) margins in the subsidies portion of the investigation, according to law firm Wiley Rein, which is representing the WTTC in the case.

After the ruling is published in the Federal Register, the DOC will instruct Customs and Border Protection to begin suspending liquidation and to collect preliminary duties on imports of utility-scale wind towers at the aforementioned CVD rates.

‘[The ruling] strengthens the connection between U.S. manufacturing jobs and American wind turbines – a sentiment that is really needed in both statehouses and Congress," he said.

In a companion antidumping suit, the WTTC claims that utility-scale wind towers from China and Vietnam are being unfairly dumped into the U.S. The DOC is scheduled to issue its preliminary determination in that investigation on July 26. If the DOC makes an affirmative determination, preliminary anti-dumping duties will also be collected at that time.

According to Alan H. Price, chairman of Wiley Rein's International Trade Practice and lead counsel to the WTTC, the DOC's preliminary determination is just the beginning of a wider investigation into China's trade practices.

"This is an important step in remedying the harm caused by unfairly traded wind tower exports," he said in a statement. "We look forward to further relief when antidumping duties are announced in about two months."

The wind energy industry is not the only sector charging Chinese manufacturers with unfair trade practices. Earlier this month, the DOC handed U.S. solar manufacturers a victory when it set preliminary anti-dumping duties ranging from 31.18% to 249.96% on solar imports from China.

Weston said both rulings are reminiscent of when the oil and gas industry secured a favorable ruling for its supply chain several years ago, when U.S. steel producers and their unions were granted a duty that is now applied to Chinese pipe.