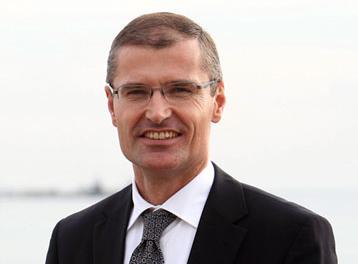 Engel will join DNV GL as CEO of the group’s energy business area, which provides testing, certification and technical advisory services to the energy value chain, including renewables, power grids, storage and energy use. He will be based at the DNV GL – Energy headquarters in Arnhem, Netherlands, and be a member of the Executive Committee for the DNV GL Group.

“I am very pleased to announce that Ditlev Engel has accepted the position as CEO of our energy business area,” says DNV GL’s Eriksen. “He has extensive knowledge of the global energy industry, which will allow him to continue to develop our value proposition and services to our customers.”

Engel has experience from executive positions based in the Netherlands, the U.K., Hong Kong, Denmark and Norway. From 2005 to 2013, Engel served as group president and CEO of the wind power manufacturer Vestas Wind Systems A/S. Before that, from 1985 to 2005, he held several executive positions at coatings manufacturer Hempel A/S, including group executive vice president of marketing and research and development, and group president and CEO in 2000 to 2005.

Engel joins DNV GL from a number of senior non-executive board and advisory roles, which he will terminate in order to fully concentrate on his new position with DNV GL.

“I am delighted to join DNV GL and look forward to leading the energy business in its next phase of development,” says Engel. “A key success factor will be to focus on helping customers effectively address the trilemma of affordable, accessible and sustainable energy in an increasingly complex and changing market.”