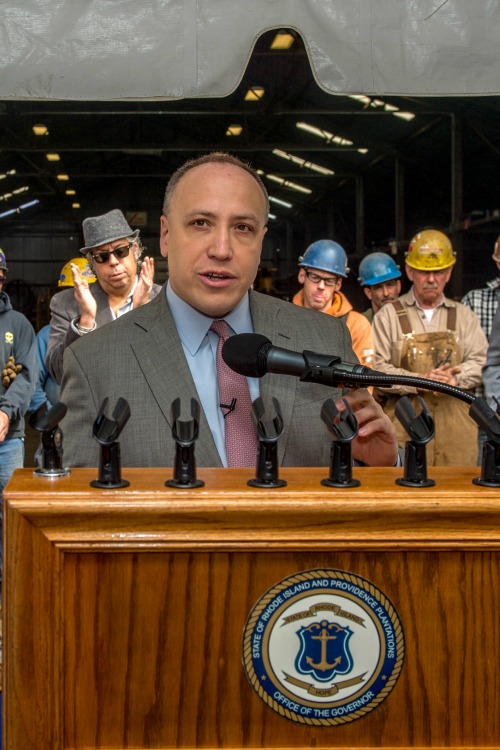 Company officials, as well as several state and federal dignitaries, toured the Quonset Industrial Park operations of Specialty Diving Services, where workers were already welding pieces of the jacket-style foundations that will support the five Alstom Haliade 6 MW turbines.

During the tour, Deepwater Wind also provided a timeline for the project:

The wind farm is expected to generate electricity by fall 2016 – a timeline that would make it the first operating offshore wind farm in the U.S.