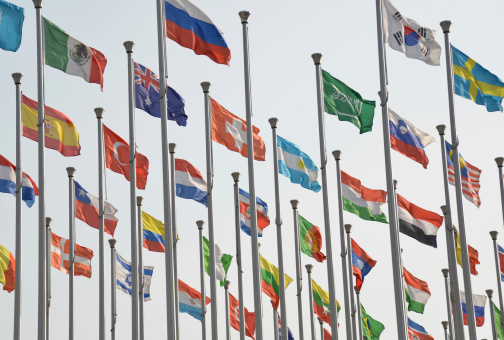 At the 2015 United Nations Climate Change Conference (COP21), which ran Nov. 30-Dec. 11 in Paris, more than 190 countries came together to adopt what the White House is calling the most ambitious climate change agreement in history.

The Obama administration says the Paris Agreement establishes a long-term, durable global framework to reduce global greenhouse-gas emissions. For the first time, all countries have committed to putting forward nationally determined climate targets and reporting on their progress by using a rigorous, standardized process of review.

Included in the agreement are provisions to track, verify and update nations’ strategies every five years, explains Environment America.

The deal builds on the participation of 187 countries that submitted post-2020 climate action targets in advance of the meeting. The administration says the Paris Agreement is also the culmination of a broader effort by nations, businesses, cities and citizens to reorient the global economy to a path of low-carbon growth – progress that will accelerate as a result of the agreement’s provisions on mitigation ambition, transparency and climate finance.

Specifically, the agreement sets a goal of keeping a global warming increase well below 2 degrees C and pursues efforts to limit the increase in temperatures to 1.5 degrees C. It also acknowledges that in order to meet that target, countries should aim to peak greenhouse-gas emissions as soon as possible.

According to the White house, the agreement also moves beyond dividing the world into outdated categories of developed and developing countries and, instead, directs all parties to prepare, communicate and maintain nationally determined climate targets.

Starting in 2020, all countries will communicate their climate targets, which should reflect progress from the prior one in order to drive greater climate ambition as technologies improve and circumstances change, the administration says.

The mitigation components of the agreement, combined with a broad push on innovation and technology, will help significantly scale up energy investments over the coming years – investments that will accelerate cost reductions for renewable energy and other low-carbon solutions. This set of actions will create a mutually reinforcing cycle in which enhanced mitigation increases investment and enhanced investment allows additional mitigation by driving down costs, according to the administration.

The White House says the Paris Agreement also establishes a robust transparency system to help make sure that all countries are living up to their commitments. This will send a market signal to the private sector and investors that countries are serious about meeting the targets they have set.

The components of the agreement build on steps the U.S. took in Paris, including Mission Innovation, a commitment to dramatically accelerate public and private global clean energy innovation, as well as Secretary of State John Kerry’s announcement that the U.S. will double its grant-based, public climate finance for adaptation by 2020.

“During the Obama administration, we have seen huge strides in the deployment of clean energy and the reduction of their costs,” states Ernest Moniz, U.S. secretary of energy. “Over the last six years, costs have fallen by 40 to 90 percent for technologies like wind energy, solar, batteries and LED lighting. As costs have fallen, deployment has increased. Wind generation capacity has tripled, solar has increased 20-fold and LEDs 200-fold over the same time period.

“We need to build on America’s clean energy successes and drive innovation – from renewables to carbon capture to nuclear. And every region of America will be part of and benefit from Mission Innovation,” he says.

Adnan Z. Amin, director-general of the International Renewable Energy Agency, says, “The innovative approach of the conference incorporated all of the ingredients for a positive outcome – setting the stage for decisive action moving forward.” He adds that the “commitments submitted by countries in their Intended Nationally Determined Contributions demonstrate the centrality of renewable energy in national strategies.”

Margie Alt, executive director of Environment America, calls the agreement “incredible news for our environment, our health and the future of our planet.”

“Thanks to leadership from state and local leaders and President Obama, the U.S. has already made tremendous progress in curbing pollution and propelling wind and solar power forward,” she explains. “Mayors, businesses, public health professionals and citizens from across the nation stand behind the Clean Power Plan, the biggest step the U.S. has ever taken to act on climate, and now they stand ready to act locally as part of this landmark global accord.”

More on the climate deal can be found here.