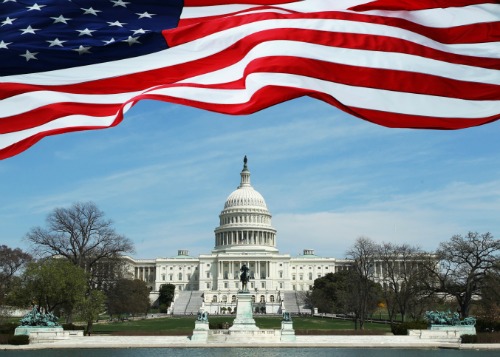 On Friday, both chambers of Congress passed an omnibus spending bill that includes a provision to extend the expired production tax credit (PTC) for five years. The U.S. House of Representatives overwhelmingly approved the legislation in a 316-113 vote, and the U.S. Senate followed suit shortly after with a 65-33 vote. President Barack Obama has signed the legislation into law.

Considered the U.S. wind industry's most important federal tax incentive, the PTC provides wind developers with a credit of $0.023/kWh for electricity generated to the power grid. Although Congress passed a one-year retroactive extension for the PTC last December, the subsidy again expired almost as soon as the legislation was approved.

The new legislation will retroactively extend the PTC for this year. After that, the incentive would maintain at its level through 2016 and start phasing down at 80% of its present value in 2017, 60% in 2018 and 40% in 2019. As with previous extensions, the rules will allow wind projects to qualify as long as they start construction before the end of the period.

"We're going to keep this American wind power success story going," says Tom Kiernan, CEO of AWEA, in a press release. "With predictable policies now in place, we will continue advancing wind turbine technology, driving down our costs and passing the savings on to American families and businesses in all corners of the country.’

AWEA also points to several industry leaders who reacted to the news favorably, as they believe the multi-year extension supplies their companies with a level of predictability needed to keep U.S. factories open while adding new wind projects to the pipeline.

"Pattern will be expanding its project development for the coming year because of the PTC extension," says Mike Garland, CEO of Pattern Energy and chairman of the board for AWEA. "Having PTCs for five years will allow us to make more supply commitments and build more projects, creating more jobs. It also allows us to work with the turbine vendors to lower the cost of our projects and minimize the economic impact of phasing down of the credits."

"On behalf of the nearly 2,000 Siemens wind energy employees in the U.S., I applaud Congress for its leadership in providing clear, long-term certainty for renewable energy growth in America," says Jacob Andersen, CEO of Siemens Onshore Americas. "The PTC has encouraged tremendous investment in wind energy, helping to reduce the cost of wind power while simultaneously creating a new American industry.’

"The long-term certainty the legislation creates for the PTC provides EDP Renewables the opportunity to expand its competitive project development pipeline in the U.S., creating jobs while reducing greenhouse-gas emissions, in a country that is at the core of EDPR growth," comments Gabriel Alonso, CEO of EDP Renewables North America.

‘This is a game changer for our company and will finally allow us to plan with certainty our growth and expansion over the next several years,’ says John Billingsley, chairman and CEO at Tri Global Energy. ‘Tri Global Energy plans aggressive expansion of both our wind and solar divisions into diversified geographical areas across the U.S.’

In 2013, after the renewable energy tax credits were allowed to expire even briefly, installations of new wind farms fell 92%, causing a loss of 30,000 jobs across the industry that year. After Congress renewed the PTC, AWEA continues, the U.S. wind energy industry added 23,000 jobs the following year, bringing the total to 73,000 at the end of 2014.