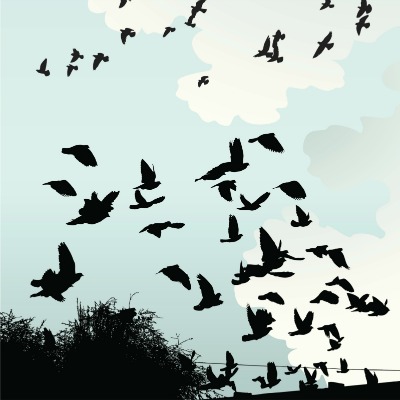 Since the late 1990s, radar has been used to study the movement of birds and bats at more than 100 wind energy sites in the U.S. and Canada, at a cost of perhaps $20+ million. These studies were recommended or required by wildlife agencies, environmentalists and consultants. The purpose and goals of these radar studies, however, have not been clearly stated, at least as they relate to wind energy.

Because most radar studies have been used at wind energy sites prior to construction, often as part of a permit application, it can only be assumed that these studies are a way to predict risk to birds and bats. Thus, radar data would need to be highly correlated with collision fatalities at turbines to be a robust predictor of risk.

Having used various types of radar to study bird migration since 1978, and understanding how radar works, I am a skeptic with regard to the use of radar for predicting risk to birds or bats at wind power facilities. Data on bird and bat movements are simply too variable and not accurate enough to be useful for determining fatality rates of birds and bats at wind energy sites.

Although there have been more than 100 radar studies at North American wind energy facilities, I know of only four for which there are simultaneous radar and ground-based carcass searches. The results of these studies offer the only real tests of whether radar is an accurate predictor of risk. The studies were done in four states using two types of radar, by four different research groups. They were also done at sites differing in topography and habitat.

Two studies used NEXRAD (weather radar as seen on TV) to determine the pattern of "targets" flying over a wind energy site. These studies were done by the University of Delaware (2012) along the Atlantic Coast and the Tennessee Valley Authority (2005) on an Appalachian ridge. The Delaware data show that even with large-scale night migrations, no carcasses were found on most days, and there was no relationship between what the radar detected above the turbines and what was found dead beneath the turbines.

Similar results emerged from the Tennessee study, which concluded, "Avian mortality during a search interval was poorly correlated with the intensity of migration as measured by weather radar during the same time period." Thus, there was no relationship between radar and fatalities in either Atlantic coastal or mountain ridge habitats.

In the two studies that used marine surveillance radar to compare radar data with fatalities, regression/correlation analyses were used with pitiful results. For example, the California study – done for the California Energy Commission in 2013 and conducted in the Montezuma Hills Wind Resource Area – reported dozens of analyses, but only two were barely statistically significant. Fatalities for all birds (day and night) and bats and birds (all targets) were significantly correlated with the average altitude of flight as measured with radar, but that relation accounted for a mere 10% or less of the variance.Â With so many statistical tests conducted for this study, some were likely to be significant by chance.Â For such a relation to be useful and accurate for predicting risk to birds or bats, it would have to be, at least, 50% or a correlation coefficient of about 0.70.

The upstate New York study was done by Curry & Kerlinger LLC and the New Jersey Audubon Society for the New York State Energy Research and Development Authority. Over four migration seasons (two years), that study found no significant correlations between radar and fatalities of birds, but did have one significant correlation for bats. However, that significant statistical relation for bats accounted for only 5% of the variance in that analysis.

That none of these radar studies was a strong predictor of risk to birds or bats is due to the small numbers of bird and bat fatalities that are found at most wind plants. Thus, this is a statistical issue, analogous to predicting rare events, as is the case with lotteries and roulette. The chance of winning or having a strong statistical result is minute.

Several other factors reduce the potential for the predictive value of radar data. First, it is almost impossible for radar to differentiate between birds and bats – even large insects like migrating moths. Contamination by insects is sometimes so great that radar operations are curtailed.

Other factors that make radar results vary include differences between the hardware, software, analytical techniques and experience of operators, as well as the topographic situations and habitats.Â Trees, hills, waves and precipitation cause "ground clutter," which masks portions of the radar beam, thereby creating bias because birds and bats may become invisible. Simply put, different radar systems "see" different things, and some see more targets, while others see targets at higher or lower altitudes.Â These biases are well known to radar experts and have been the topic of never-ending discussion and argument.

With the four studies discussed above, there is still no evidence that demonstrates the reliability and validity of radar as a risk predictor for birds or bats at wind plants. The U.S. Fish and Wildlife Service 2012 Land-Based Wind Energy Guidance document summed it up nicely by saying that radar exhibits "considerable variation and uncertainty."

"While an active area of research, the use of radar for determining passage rates, flight heights and flight directions of nocturnal migrating animals has yet to be shown as a good indicator of collision risk," the document says.

Before millions more dollars are spent on new radar studies, those wildlife agencies, consultants and environmentalists who recommend or require radar studies must provide validation of the efficacy of radar for predicting risk to birds and bats.

Paul Kerlinger, Ph.D., is senior scientist and principal at Curry & Kerlinger LLC, a consulting firm specializing in bird and bat issues. He can be reached at (609) 884-2842 or pkerlinger@comcast.net.