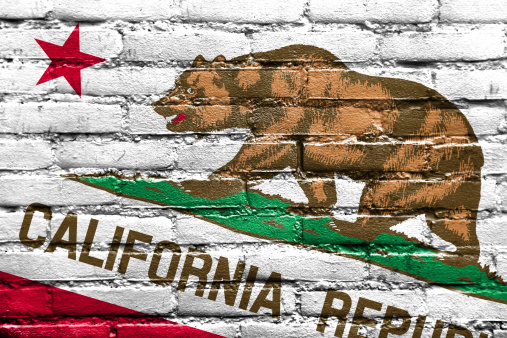 In addition to raising the RPS threshold for both public utilities and investor-owned utilities alike, the Clean Energy Act lays some of the groundwork for how California will achieve the legislature's ambitious renewable energy goals by requiring that utilities procure renewable energy pursuant to long-term power purchase contracts, mandating improvements in energy efficiency, and pursuing the development of a regional independent system operator (ISO).

Thus far, California's utilities have been largely successful in implementing the existing RPS. Remarkably, the percentage of electricity retail sales served by renewable energy resources that have been procured and are now under contract for 2020 is 31.3% for Pacific Gas & Electric, 23.5% for Southern California Edison and 38.8% for San Diego Gas & Electric.

The California Energy Commission (CEC) and the California Public Utilities Commission (CPUC) share responsibilities for implementing the RPS. The original RPS legislation required the CEC to certify renewable energy facilities and implement a tracking and verification system, and charged the CPUC with implementing and enforcing the RPS for the state's investor owned utilities. Subsequent amendments to the original legislation expanded the CEC's role by requiring the CEC to adopt enforcement procedures for publicly owned utilities.

Energy efficiency
The Clean Energy Act prioritizes energy efficiency and demand reduction and charges the California Energy Commission (CEC) with the task of establishing annual targets in order to double statewide energy efficiency savings in electricity and natural-gas consumption by retail customers by Jan. 1, 2030. Energy-efficiency measures (and the state's relatively mild climate) are cited by the Energy Information Administration as contributing factors leading to the state's low per capita energy consumption rate; only two states have lower energy usage per capita than California.

The Clean Energy Act requires the California Independent System Operator (CAISO) to undertake a study of an expansion of the CAISO. The possibility of a regional grid operator could have a significant impact on California's ability to integrate renewable energy resources, as a larger geographic area could help alleviate overgeneration conditions and address other issues associated with the intermittency of renewable energy assets.

Proponents of an expansion of the geographic footprint for CAISO believe a larger ISO will have two principal benefits: a greater diversity of resources can result in a ‘smoothing’ of variable resources across production patterns; and an expansion of the pool of traditional balancing energy assets can help alleviate short-term fluctuations. The energy imbalance market has already been expanded to include PacifiCorp.

Implementing the Clean Energy Act's higher RPS will have significant impacts on a variety of markets. After several years of declines, prices for renewable energy products, particularly in-state resources, may rise as utilities compete in order to comply with the state's higher mandate and contracting requirements.

In addition, flexible resources and demand responsiveness will be important as the system operator integrates a larger share of renewable energy resources. Achieving this ambitious goal will present economic, operational, and technical challenges for California's utilities and the CAISO. In particular, increased solar and wind electricity generation can be expected to further change net load shape and accentuate the need for the system operator to accommodate late afternoon upward ramps by drawing upon an increasingly more flexible resource base.

There are other drivers for new capacity in California. New renewable energy resources (as well as gas-fired power plants) will play an important role in replacing lost capacity from the earlier-than-anticipated retirement of the San Onofre Nuclear Generating Station (SONGS) after the failure of replacement steam generators led to the decision to not extend the facility's operating license. SONGS, which permanently ceased operations on June 7, 2013 and is being decommissioned, was capable of generating more than 2.2 GW of electricity – enough power to serve 1.4 million average homes, according to Southern California Edison.

The anticipated electrification of the transportation sector also may increase demand for new generating capacity, including from renewable power. The impact of electric cars remains to be seen. Electric vehicle consumption during midday hours may alleviate some overgeneration conditions, as charging of electric vehicles during peak solar production hours can provide an efficient way to use energy delivered to the grid. The electric vehicle fleet may provide battery storage opportunities that could further smooth the impact of intermittent resources.

Achieving California's ambitious RPS goals will present both opportunities and challenges for the various stakeholders in the project finance arena. Regardless of the future of federal tax credits and other incentives for renewable energy, state RPS requirements remain a primary driver of new investment in renewable energy. With expanded goals like those in the new California law, procurement for new clean energy capacity (including both utility-scale facilities and distributed generation) should continue to grow.

Author's note: Allan Marks is partner and Henry T. Scott is associate at law firm Milbank, Tweed, Hadley & McCloy. Marks can be reached at amarks@milbank.com and Scott at hscott@milbank.com.