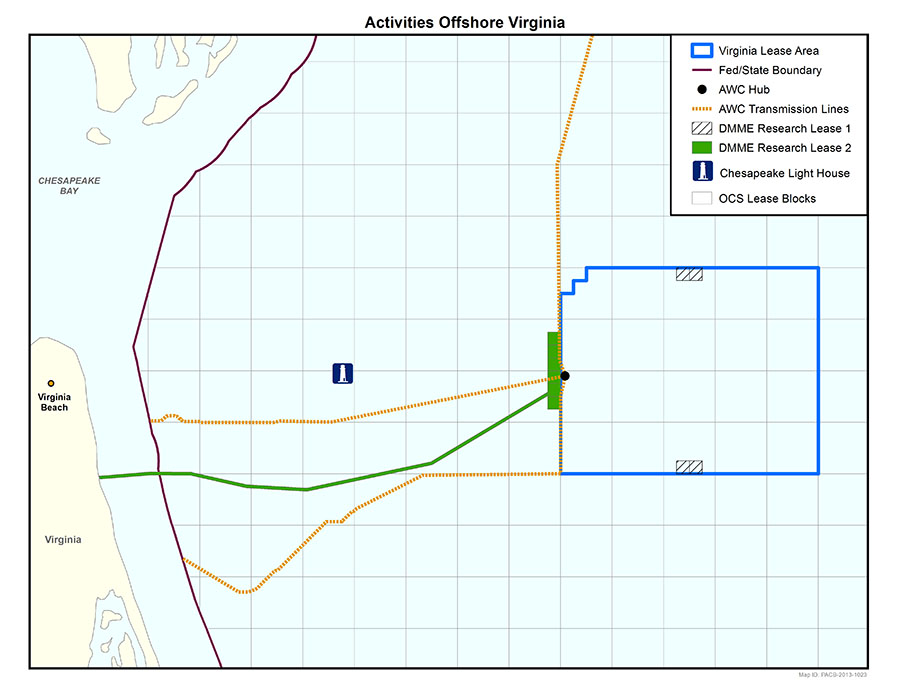 The Bureau of Ocean Energy Management (BOEM) has announced its approval of the first wind energy Research Activities Plan (RAP) for a facility to be located in U.S. federal waters.

Last year, BOEM awarded a research lease to the Virginia Department of Mines, Minerals and Energy (DMME) on the Outer Continental Shelf off the coast of Virginia. The new approval clears the way for the installation and operation of two 6 MW turbines and associated cabling to shore, pending final engineering review of the project. The electricity generated by these turbines could power 3,000 homes, according to BOEM.

“Data collected under this research lease will help us better understand the wind potential, weather and other conditions relevant to generating power from wind offshore Virginia,” says BOEM Director Abigail Ross Hopper. “It will also allow us to gain experience with new offshore renewable energy technology, which is not only valuable to Virginia and BOEM, but also to other government agencies, the offshore renewable energy industry and other stakeholders.”

In 2012, Dominion Resources received a U.S. Department of Energy (DOE) offshore wind demonstration project award and partnered with the DMME and others to establish VOWTAP. The DOE award was made to enhance the deployment of stronger, more efficient offshore wind energy technologies – thereby helping to further lower costs and drive greater performance across the industry. This was also one of three projects to receive support from the DOE in 2014 and 2015 for RAP development, including survey and deployment activities.

In February 2013, the DMME submitted a research lease application to BOEM for the installation and operation of two 6 MW turbines and associated cabling to shore. BOEM determined there was no competitive interest in the area where the state agency proposed to conduct these activities and proceeded with the leasing process on a non-competitive basis. That decision cleared the way for the DMME to submit a RAP for which BOEM prepared an Environmental Assessment (EA) that was published in December 2014 for public comment.

More information about this project, including the research lease, revised EA, the DMME’s RAP and BOEM’s conditions of approval, can be found here.