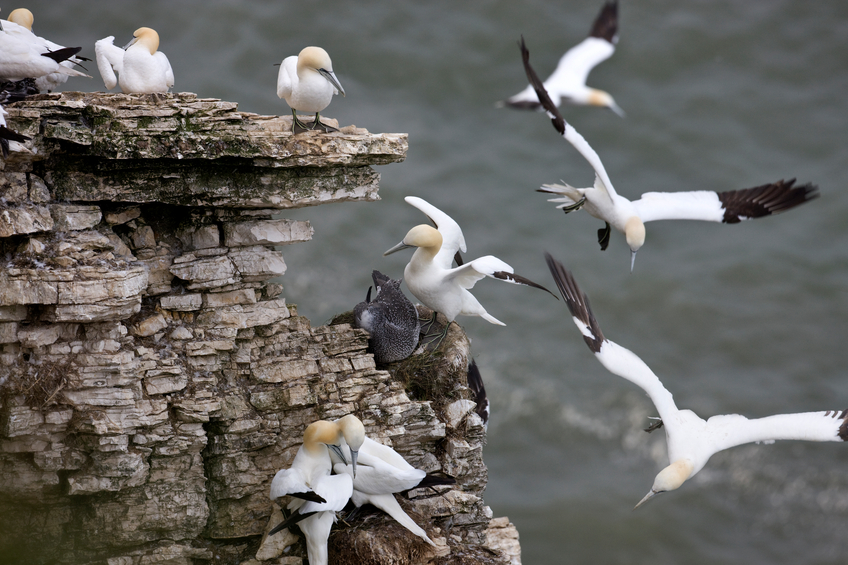 A drone has been used in a successful trial to count cliff-nesting seabirds at a Royal Society for the Protection of Birds (RSPB) reserve on the U.K. coast.

With funding from DONG Energy, the trial took place at Bempton Cliffs, part of a site that attracts more than 250,000 birds annually and provides a breeding ground for many of them, says the offshore wind company.

The drone, provided by environmental consultancy NIRAS, was used to see if the technology is suitable to carry out future surveys of cliff-nesting seabirds.

The survey data is being used by the RSPB and will also help DONG Energy make plans for the development of offshore wind farms off the Yorkshire coast, such as Hornsea Project Three.

According to DONG, previous seabird counts were undertaken visually from a boat and were highly weather-dependent.

The success of the trial was dependent on the drone’s being able to get close enough to the colony to provide imagery of a resolution sufficient to distinguish between the different bird species. In addition, says DONG, the trial needed to ensure that the breeding seabirds were not disturbed.

During the flights, the birds showed minimal interest in the drone, which produced photos detailed enough to distinguish between guillemots and razorbills, two species of auk that look very similar when observed from a distance, according to the company.

“DONG Energy is pleased to be working with the RSPB to trial this novel approach to counting seabirds,” said Allen Risby, lead environment and consents specialist at DONG Energy. “Obtaining accurate counts of breeding seabirds is important for monitoring the health of the colony at this iconic site.”