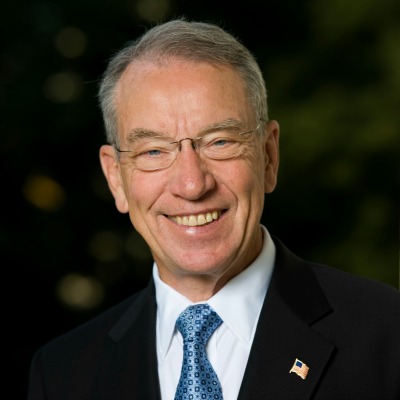 The American Wind Energy Association (AWEA) is recognizing U.S. Sen. Chuck Grassley, R-Iowa, for his leadership in advancing wind energy in Iowa and around the country.

Tom Kiernan, CEO of AWEA, explains that the senator “has long been a friend of the wind energy industry.”

“He was the father of the renewable energy production tax credit, or PTC, in 1992, and he’s been an industry champion in Congress ever since. Thanks in large part to his visionary leadership, Iowa just became the first state in the nation to get over 30 percent of its electricity from inexpensive wind power, and up to 7,000 Iowans work in the wind business,” continues Kiernan.

Among Iowa’s other wind energy success stories are the largest economic development project in the state’s history, a 2 GW purchase of new wind turbines, as recently announced by MidAmerican Energy, and the nation’s tallest turbine, which reaches higher winds at 112 meters (nearly 370 feet) at an existing MidAmerican wind farm.

“Thanks to the senator’s hard work and leadership, the U.S. Congress passed a multiyear extension of the PTC in December,” Kiernan said. “This predictable policy will spur new investment into the 2020s.”

He adds, “More recently, the senator introduced an amendment to make sure that critical wind research at our national laboratories and in partnership with universities like Iowa State will continue to be adequately funded. It passed in the Senate with 12 Republican votes. It’s going to foster technology improvements that ultimately lower costs for consumers across the nation.”