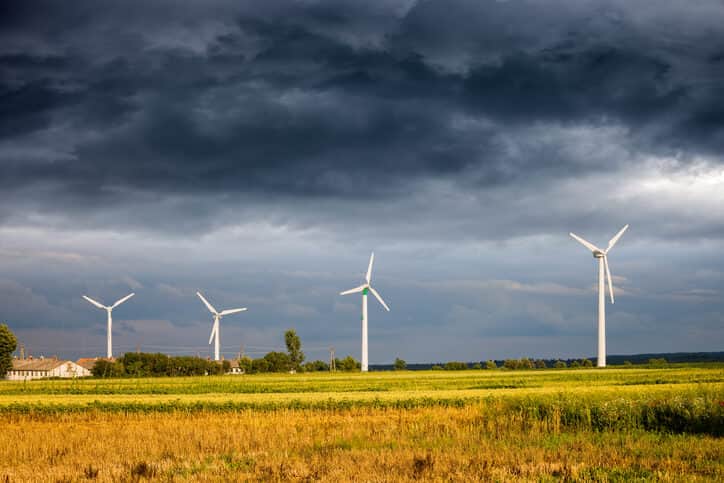 U.S. Sens. John Boozman and Tom Cotton and U.S. Reps. Rick Crawford, French Hill, Steve Womack and Bruce Westerman sent a letter to Perry that states, “Throughout your career, you have been a champion of states’ rights. This administration has promised to give a voice back to its citizens. This is a good way to show that commitment.”

The legislators explain that even though the Arkansas Public Service Commission originally rejected the project, last year, the DOE said it would work with Clean Line Energy Partners to construct the line by implementing Section 1222 of the Energy Policy Act of 2005. According to the legislators, this marks the first time the DOE has “used this provision to authorize construction and development of this type of project.”

“Not only are Arkansans facing the prospect of losing their property due to a decision by the federal government, but your department risks codifying into law the practice of federal eminent domain seizures,” they wrote in the letter. “This dangerous precedent is antithetical to your distinguished record as a champion for states’ rights in the face of federal overreach.”

The lawmakers maintain that their objection “should not be viewed as a fight against renewable energy” but, rather, opposition against the “vast overreach the Obama administration employed [in] allowing this project to skip the necessary protections which exist to protect state sovereignty and private property rights.” In fact, they say they “understand the importance of having a reliable electricity grid” and argue that they are “strong advocates of a diverse energy portfolio, including wind, solar, hydropower, renewable biomass and nuclear energy.”

However, they wrote, “Throughout the history of electric transmission, factors for the approval of these lines have been reviewed and decided at the state level.”

In response, Mario Hurtado, Clean Line Energy’s vice president, notes in a statement that the transmission line is “good for Arkansas workers and Arkansas consumers.”

“Since receiving approval from DOE in 2016,” he says, “large field crews have been mobilized in Arkansas to prepare the project for construction; Arkansas manufacturers are testing equipment and planning for production next year; and a new factory will open in West Memphis next month that will put Arkansans to work manufacturing critical equipment for the project.”

Furthermore, earlier this week, the same Arkansas legislators reintroduced the “Assuring Private Property Rights Over Vast Access to Lands (APPROVAL) Act,” a bill that that would require the DOE to “receive the approval of both the governor and the public service commission of an affected state before exercising the federal power of eminent domain to acquire property for Section 1222 transmission projects,” according to the lawmakers.

“I continue to hear concerns from our state and local officials about the impact of the Clean Line project and its effect on private landowners in Arkansas,” Rep. Hill stated in a press release. “The APPROVAL Act will ensure that our state leadership has the final say in granting permission for these types of energy transmission projects across our state.”

Lonnie Stephenson, international president of the International Brotherhood of Electrical Workers (IBEW), adds in a press release that the IBEW “strongly disapproves of politics getting in the way of American job creation.”

“At the same time that our country is focused on creating opportunities for American workers, Arkansas congressmen have introduced a bill that will kill thousands of American jobs and, specifically, hundreds of Arkansas jobs,” Stephenson says.

Clean Line Energy notes its surprise for a bill that would “kill American jobs,” seeing as President Donald Trump “talks about creating American jobs and strengthening American infrastructure.” The developer points out that a “similar job-killing amendment” from Boozman was “soundly defeated” last year by the Senate.

“The ‘APPROVAL Act,’ once again, creates more red tape and kills jobs by attempting to pull back approvals the project has already received,” Clean Line adds in its press release.

Remaining optimistic, Michael Skelly, president of Clean Line, states in the release, “We are very confident in the nearly decade-long process undertaken by the U.S. Department of Energy in order to decide to participate in the project under Section 1222 of the 2005 Energy Policy Act. This law was passed with bipartisan support, including then-Congressman John Boozman’s, and signed by President George W. Bush.”

Clean Line, which expects construction on the transmission line to commence later this year, says it has invested more than $100 million of private capital into the $2 billion, privately financed project, which would bring power to roughly 160,000 Arkansas homes annually.

In addition to providing more than $30 million to landowners in Arkansas for “easements and upfront transmission structure payments,” Clean Line also expects to bring $140 million to the Arkansas counties in which the transmission line is situated over the first 40 years of its life.

“The Plains & Eastern Clean Line is a pro-jobs, pro-consumer, pro-environment public energy infrastructure project that will help to create a secure energy future for the country, and we are ready to get to work,” Skelly adds.