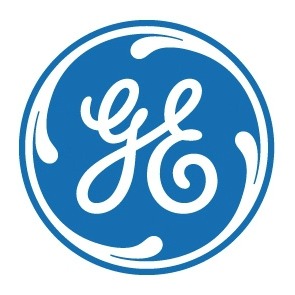 This latest blade break happened on Sunday, Nov. 17. In a statement, Invenergy says the blade fell near the turbine's base in the morning, noting that no one was injured.

Recently, the company had finished construction at its 94 MW Orangeville wind farm and began commissioning the project's 58 GE turbines. Commissioning of "turbine 34" started on Nov. 13, and the machine was operating when the incident occurred. According to a local news story from WGRZ, witnesses reported no high winds or harsh weather that morning.

"Out of caution, all turbine commissioning and turbine operations at the wind farm have been suspended," Invenergy says. "We are working with GE, the turbine manufacturer, to determine the cause of this incident."

Following a GE blade break on Nov. 7, utility DTE Energy has also ceased work on its 112 MW Echo Wind Park in Michigan. Scott Simons, a DTE Energy spokesperson, recently told NAW that GE was performing a reliability test on a turbine when the blade fell.

In March, a similar incident had occurred at DTE's 110 MW Thumb Wind Park, also located in Michigan. That project was already online, but DTE halted operation until a solution was found. GE later determined that blade had broken off because of an "isolated supplier manufacturing defect," and DTE resumed operations at Thumb Wind. The utility is still working with GE on an investigation regarding the Echo Wind Park incident.

Regarding the blade break at Invenergy's Orangeville project, Simons says, "We are not going to comment about another incident. Right now, we're interested in knowing what the root cause of this particular blade break [at the Echo Wind Park] was and go forward from there."

GE's Theile says it is still too early to conclude if all three of the blade breaks share the same root cause. "[W]ith any customer event, our process is to work with our customer and assign a team to perform a thorough investigation," she says. "Since each break is currently being investigated, we cannot speculate as to whether or not the breaks are related. We are working to bring the turbines back online as soon as possible."

Regardless of whether these blade breaks turn out to be isolated incidents or signal a larger issue, two industry experts caution that GE must move swiftly to help ease customers' concerns.

"The U.S. wind energy market is critical to GE, and the window for finalizing orders to meet the current IRS safe harbor/under construction guidelines [for the production tax credit] is quickly closing," notes Dan Shreve, a partner at MAKE Consulting.

"MAKE expects GE to maintain market leadership during the 2014-2015 build-out, but it is imperative that GE completes a rigorous root-cause analysis on these blade failures as quickly as possible to reassure their client base and preclude the loss of any of these eleventh-hour negotiations."

"First, temporarily stop the operation of blades with the same design that were produced by the same supplier (GE outsources blades from at least three independent blade suppliers)," he says. "Second, determine the reason and share it with the public. Third, find and implement a solution. That is the only sure way to make customers comfortable."

However, Zhao notes the process would prove costly. After discovering an "adhesive bonding failure," Siemens globally curtailed all turbines with B53 blades before inspecting and retrofitting the machines. In July, the company revealed the effort led to EUR 91 million ($131 million) in charges, hindering its third-quarter financial results.

Zhao also stresses that malfunctions with products happen the world over, in various industries.Â

"The wind industry should not be ashamed of these events; even the mature car industry occasionally experiences the same challenges," he explains. "Being transparent will win the mind of customers."