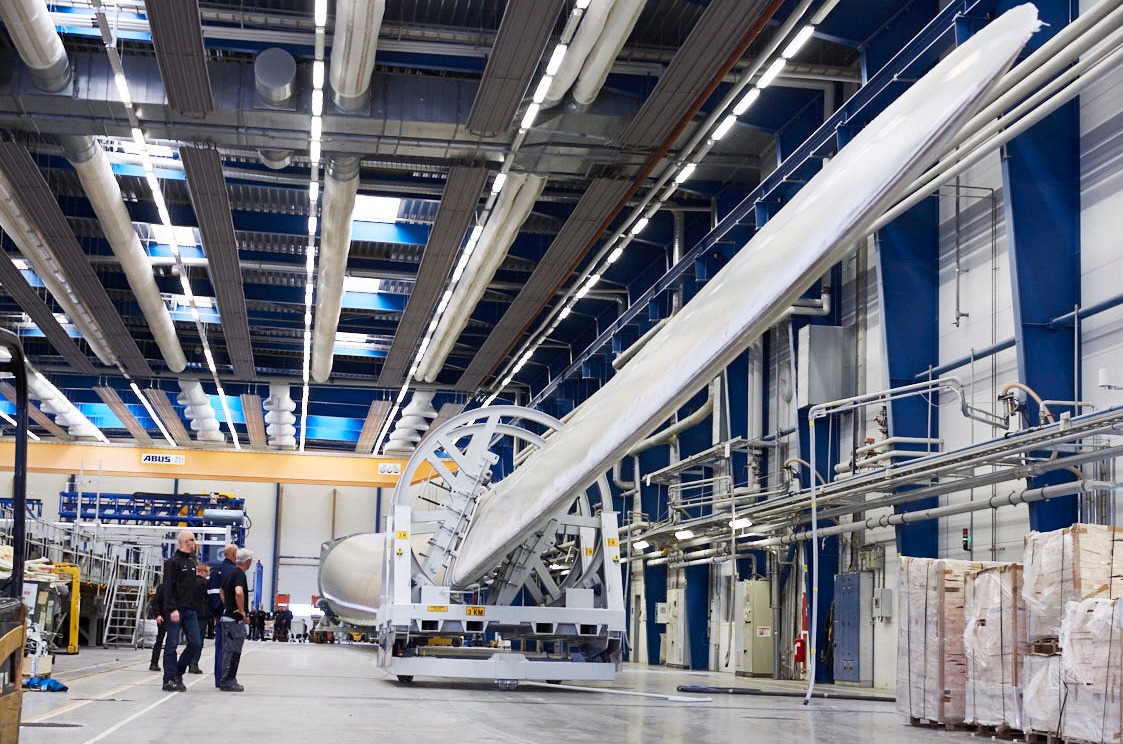 In an effort to lower the cost of energy offshore, Adwen and LM Wind Power have partnered together to introduce what they assert is the longest blade in the world.

According to the two companies, the component of 88.4 meters has been specifically designed for Adwen’s AD 8-180 wind turbine model, with an 8 MW nominal capacity and a 180-meter rotor diameter.

The companies say that this new blade has the largest rotor in the industry and, as such, has the highest annual energy production (AEP) of all wind turbines.

Adwen says the first of these blades has just been manufactured at LM Wind Power’s factory in Lunderskov, Denmark, and will be transported to a facility in Aalborg in the following days, where it will commence rigorous testing in the framework of Adwen’s extensive product validation plan.

“The LM 88.4 P blade is an extraordinary example of industrialized innovation at record-breaking scale,” says LM Wind Power’s CEO, Marc de Jong. “It is based on innovation building blocks – rooted in 35 years of real-life experience – in the design, technology and manufacturing of ultra-long, reliable blades. This blade is a strong proof point of the shared ambition of Adwen and LM Wind Power to bring forward best-in-class and proven rotor solutions for offshore application, increasing annual energy output through efficient and reliable technology.”

According to Adwen, the 88.4-meter length is the best compromise between swept area, AEP and weight, as well as the loads transferred to the wind turbine, enabling optimal balance-of-plant costs. In addition, the company says the blade design was conceived with scalability in mind to enable further development of Adwen’s 8 MW platform.