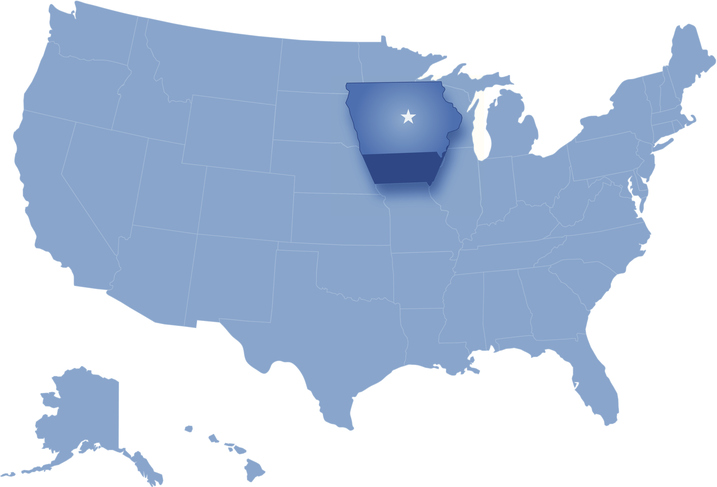 MidAmerican Energy has announced plans to build new wind farms in Boone, Greene and Mahaska counties in Iowa. The projects will be the first Wind XI sites selected for construction.

The energy provider announced plans last April to invest $3.6 billion for the Wind XI project, which calls for the construction of 1,000 wind turbines that will add 2 GW of wind generation capacity in Iowa.

MidAmerican Energy plans to begin construction in April on the Beaver Creek wind project in Boone and Greene counties and the Prairie wind project in Mahaska County; completion is scheduled for the end of this year.

The company says it is working with developers, county officials and landowners at potential wind farm sites in other Iowa counties for the rest of the Wind XI project. Construction on these projects would start in 2018 and 2019, and sites will be announced at a later date. MidAmerican expects construction on the entire Wind XI project to be complete by December 2019.

“MidAmerican Energy is not asking for an increase in customer rates or financial assistance from the state to pay for the Wind XI project,” states Bill Fehrman, president and CEO of MidAmerican Energy. “For our customers, the benefits of Wind XI are very clear: clean energy produced right here in Iowa using an abundant natural resource.”

According to the energy company, the Wind XI project is expected to produce $1.2 billion in economic benefits for Iowa communities as a result of landowner easements and property tax payments over the next 40 years.

With its investment in the Wind XI project, MidAmerican Energy’s wind generation each year will be equal to 85% of the energy used by its retail customers in Iowa – bringing the company within striking distance of its 100% renewable energy goal.