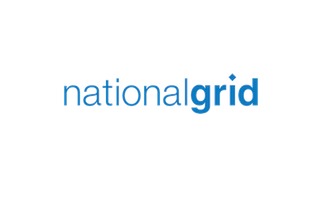 National Grid, Anbaric and Citizens Energy – co-developers of the proposed Vermont Green Line (VGL) – have announced the conversion of National Grid’s and Citizens’ development loans to an equity investment in the project.

Now, National Grid will assume primary responsibility for developing the project, and Citizens Energy will continue to be an investor and will assist in development. The investors say this latest move reflects their confidence in the project’s success.

The 400 MW VGL is a high-voltage, direct-current electric transmission project designed to unlock and deliver renewable energy to New England. The 60-mile transmission project would link wind and hydropower resources north and west of Beekmantown, N.Y., with New Haven, Vt., via an underground cable, which would be buried along public roadways and submerged beneath the waters of Lake Champlain in Vermont.

The development agreement among the three parties was structured to enable conversion of ownership to National Grid and Citizens Energy after completion of the initial stages of development.

In March 2015, National Grid joined Anbaric in developing VGL in an effort to transform New England’s energy landscape. In August 2016, Citizens Energy announced it would invest in the project and use profits from its share of the line to help working families with their energy needs in Vermont.

“We’re thrilled that National Grid has made this permanent equity investment in VGL as a way to help them meet the needs of the region’s energy consumers,” comments Ed Krapels, founder and head of Anbaric.

The project has been approved by several of the communities in which it would be located in Vermont and New York. The developers have filed for project approval in these states and issued an open solicitation to purchase capacity on the line.

“We are committed to diversifying New England’s energy options and helping to meet state energy goals as affordably as possible for New England consumers,” adds Will Hazelip, vice president of business development at National Grid. “VGL provides an efficient means to accomplish these objectives.”