A North Dakota wind farm operator is being ordered by state regulators to disassemble and move a wind turbine that has been deemed too close to a home, reports the Bismarck Tribune. The dispute is over the proximity of the tower to a house on an Oliver County landowner’s property.

Minnesota Power needs to remove the turbine within six months, the North Dakota Public Service Commission voted unanimously. The company has the option of relocating it farther away from the owner’s home or leaving it down. The removal could potentially cost Minnesota Power over $1 million.

A complaint was submitted to the North Dakota Public Service Commission by the Kessler family because the turbine was only placed 1,125 feet away from their house. They are participating landowners in the Bison wind farm, with multiple wind turbines on their property. However, Minnesota Power had agreed to implementing a 1,400-foot buffer between the wind turbines and occupied residences. The issue arose because the company had assumed it was not an occupied residence based on plat books, satellite information and site visits without speaking to the homeowner about whether they occupied the home.

Keith Kessler told Amy R. Sisk of the Bismarck Tribune that he “hopes this dispute will prompt wind developers in the future to ‘do their homework’ and aim for better communication and relationships with landowners. The state legislature should also require a greater distance between wind turbines and residences.” 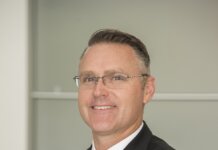