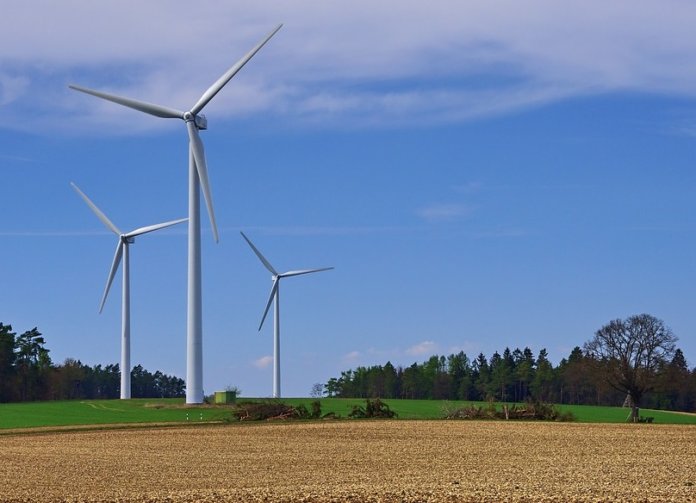 Ohio’s wind power projects are providing millions in annual revenue for the state’s rural communities, according to a new report from the Wind Energy Foundation (WEF). In total, the state’s four utility-scale wind projects in Paulding, Van Wert and Hardin counties will have delivered over $54 million in payment in lieu of taxes (PILOT) and land lease payments by the end of this year.

However, the Ohio legislature – without any public input or legislative debate – enacted changes to the state’s property setback requirements for new wind projects in 2014, creating one of the most stringent statewide setback laws in the nation, says WEF. Since the change, the state’s Power Siting Board has yet to receive a single new project application that complies with the requirements. In addition, there are more than a dozen approved or pending in-state wind projects that may not reach completion without a change to the current law.

In contrast, the American wind industry has developed 17 projects in nearby states – Illinois, Indiana, Michigan and Pennsylvania – since 2014, representing over $2 billion in project investment, according to WEF.

“This new report demonstrates the significant positive economic impact that wind energy development is having on Ohio’s rural communities,” says Kevin O’Rourke, director of public affairs at WEF. “A reasonable and common-sense change to the state’s property line setback laws for wind projects would enable the approved and pending projects in the state to move forward and ensure the delivery of over $4 billion in local investment that is currently at risk.”

“The current property setback law is limiting economic opportunities from Ohio’s rural communities,” notes Holly Stacy, Seneca County commissioner. “There is an American wind developer that wants to invest $400 million on a single project in Seneca and Sandusky counties – and there are landowners lined up wanting to lease their land for the project – but unless there is a change to the law, the project will likely not move forward.”

The Republic Wind Farm, proposed by Apex Clean Energy and featured in WEF’s report as a case study, is projected to deliver $120 million in local economic impact over its life. That includes projected annual PILOT payments of $1.1 million-$1.8 million, which would be distributed among the five municipalities and four school districts in Seneca County, as well as one municipality and one school district in Sandusky County.

“The people of Seneca and Sandusky counties – and potentially other Ohio counties in the future – stand to miss out on significant economic benefits unless we adopt common-sense measure to fix our state’s current property setback law for wind development,” says Rep. Bill Reineke, R-Tiffin. “Ohio can not afford to pass up the type of investments that wind energy developers are making in rural America all across the country.”

The Republic Wind Farm is also projected to create 740 direct, indirect and induced jobs that could result in up to $43.1 million of earnings if it were approved, the report notes. The majority of these jobs would go to in-state workers, as all wind energy development in the state is subject to a law requiring at least 50% of the workers are Ohioans, says WEF.

“It’s time that Ohio returns the wind setback requirements to a distance that encourages wind energy development in the state,” states Mikayla Pieper, director of the Paulding County Chamber of Commerce. “Large, growing companies such as General Motors, Amazon, Procter and Gamble, and Johnson and Johnson choose to use wind energy to power their operations, and reopening our state for wind development will only help attract business to our state, as well as create new opportunities for existing Ohio businesses.”

The Timber Road Wind Farm, located in Paulding County and also featured as a case study in the report, has resulted in $17.9 million spent locally through 2017 in ongoing operations and maintenance expenses, says WEF. The project sells its power to Ohio Power Co. and Columbus Southern Power Co., subsidiaries of American Electric Power Ohio.

“Wind energy has provided tremendous economic benefits for Paulding County,” says Jerry Zielke, director of Paulding County Economic Development. “The Timber Road project employed over 800 Ohio workers at some point during the construction and will have delivered over $17 million in PILOT and landowner payments by the end of this year.”

PILOT revenue from the Blue Creek Wind Farm has proven particularly helpful for the Lincolnview School District in Van Wert County, the report says. In 2015, revenue from the wind farm helped the school district add enough computers so that each of the 915 students in the district at the time could have an individual computer.

“There is no reason that the students, parents and other Seneca County residents should not have the opportunity to benefit from wind energy development,” says Dr. Laura Kagy, superintendent of Seneca East Local Schools. “Wind energy is safe, proven technology that the overwhelming majority of our community supports, and it’s time for the Ohio legislature to move forward with a solution that encourages investment in our state’s rural communities once again.”