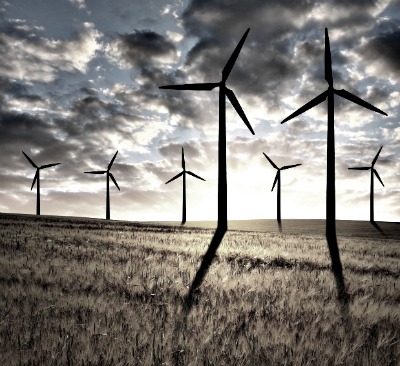 Many Texas wind farms constructed since 2000 qualify for Texas property tax incentive agreements. These agreements are designed to encourage investment in the state, create jobs and provide other economic benefits.

In 2001, the Texas Legislature passed House Bill 1200, which created Chapter 313 of the Texas Tax Code, also known as the Texas Economic Development Act. Chapter 313's purpose was to spur economic development by allowing local school districts to offer companies property tax abatements. Wind farms, which are typically asset intensive and subject to large property tax assessments, have been one of the biggest beneficiaries of Chapter 313. These types of incentive programs have been instrumental in making Texas the leading wind generator in the U.S.

Many wind farms have participated in Chapter 313 by entering into value limitation agreements with local school districts. Similar to abatements, value limitation agreements temporarily limit the taxable value of facilities over a 10-year period. This limit or cap "freezes" the value at a tier based on that respective school district's total industrial base, which can be as low as $10 million in a rural area. The taxable value caps the school district's maintenance and operations tax, but not the debt service rate, at the limited or capped value. Considering that the school district tax rate can be two to three times the rate of the county, this can be a significant amount.Â

Since its introduction, Chapter 313 has been considered a "right" for any wind farm planning to do business in Texas. However, the act was modified during the Texas 2013 legislative session, and approval of value limitation agreements with a participating school district can no longer be viewed as a given.

Under the old methodology, companies entered into these agreements with participating school districts hoping to create a mutually beneficial relationship, resulting in tax savings for the taxpayer (because renewable energy facilities are asset intensive) and additional funding for the school districts, some of which had seen little to no economic development until the "wind rush" of the late 2000s.

In addition to the Chapter 313 limitation agreements, many wind farms also applied for traditional Chapter 312 property tax abatement exemptions, which are similar agreements with counties that exempt a portion of the county taxes for up to a 10-year period. Every two years, each county is responsible for publishing and renewing a set of guidelines and criteria for the effective administration of abatement applications and awards. One of the key criteria for Chapter 312 has always been a "but for" or similar provision that the companies could and would locate in other localities and that "but for the incentive(s) being offered, the company would not proceed with the project." The incentive must be, or at least appear to be, an important factor in the company's decision about whether to move forward with the project.

With most incentives, the "but for" provision was determined by the jurisdiction providing the incentive. In the case of Chapter 313 applications, final approval was at the discretion of the local school district.

However, that has changed. The Texas Legislature added restrictions by adding an audit provision and language stating that "economic development decisions involving school district taxes should occur at the local level with oversight by the state and should be consistent with identifiable statewide economic development goals." One of the key requirements is that the limitation on appraised value must be "a determining factor in the applicant's decision to invest capital and construct the project in this state." This statutory provision can restrict the participating school district's discretion in approving Chapter 313 applications.

The revisions further state that school districts should "strictly interpret the criteria and selection guidelines provided by this chapter" and ensure the incentives awarded "provide a net benefit to the state over the long term." The latter simply means the ultimate amount of taxes received should be greater than the taxes abated. Additionally, provisions for recapture and penalties and interest were added.

So, what does this mean for the wind farm looking to set up shop in Texas?
Basically, what was once considered a "right" for wind farms to help offset the high cost of green energy or to help achieve renewable portfolio standards has now been restructured to ensure consistency with other incentives and provide a net payback. In a nutshell, approval of a Chapter 313 application is no longer a given; it will be governed by the Comptroller's Office.

When moving forward with a project, companies should discuss their planned capital expenditures with tax advisors and remember that all incentives are discretionary.