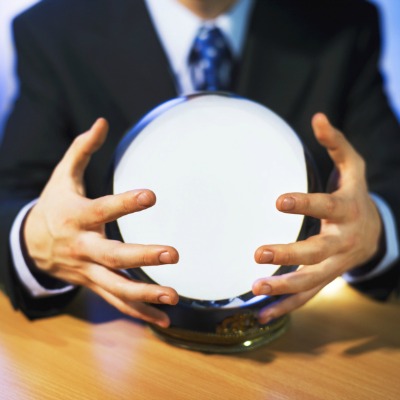 President Barack Obama is preparing to announce complex regulatory guidelines for existing power plants that he hopes will define his presidency's role in addressing climate change. The president has repeatedly stated his commitment to address greenhouse gas (GHG) emissions from the energy sector, which accounts for roughly 40% of the nation's GHG emissions.

The Environmental Protection Agency (EPA) proposed rules on Jan. 8 that are expected to make it impossible to build new coal-fired generating units. However, those rules leave GHG emissions from existing power plants unregulated. On June 2, new rules are expected to be proposed by the EPA that stand to change all that, with significant long-term impacts to the renewable energy field.

On June 25, 2013, President Obama issued a presidential memorandum directing the EPA to issue GHG standards for existing power plants under Section 111(d) of the Clean Air Act (CAA). The EPA has been working feverishly ever since. The GHG guidelines are to be proposed by June 1 and issued by June 1, 2015, and the states' implementation plans are to be received by the EPA by June 30, 2016. The proposed 111(d) guidelines were received by the Office of Management and Budget on March 31, and were still under review as of May 27. Nonetheless, the White House has broadcast its intent to announce the EPA's new proposal on June 2.

Section 111(d) differs from conventional rule-making authority. For new power plants, the EPA simply issues standards – under CAA Section 111(b) – that are directly applicable to all new affected facilities. The EPA's 111(d) authority is more circumspect. Rarely employed, Section 111(d) grants the EPA the authority to issue emission guidelines that then must be used by the states to craft programs that are consistent with the EPA's stated objectives. These state programs must then be approved by the EPA.

However, the guidelines are just that – options for how to create a program, not mandates as to what the state rules must entail. The EPA's Regional Haze program, also guideline-based, resulted in years of litigation and court decisions holding that the EPA had been too proscriptive and not respectful of states' rights. The EPA's most recent use of the Section 111(d) authority involved mercury guidelines, where the EPA attempted to establish a nationwide cap and trade program. That attempt ended with the D.C. Circuit striking down the rules without addressing the agency's use of its 111(d) authority. As a result, the limits of the EPA's authority under a guideline-based approach are uncertain.

The precise contents of the proposed rule are closely guarded. However, it is expected that the proposal will identify several different options that states can choose from to demonstrate compliance with the program requirements. The most extreme option would be for states to require retrofitting existing power plants with carbon-capture equipment. For many plants, this requirement would equate to ordering the plant to be shut down. A more palatable option would allow the establishment of regional GHG trading programs.

It is also expected that the proposal will reflect proposals made by the Natural Resource Defense Council to allow for states to take credit for improvements that occur outside a power plant's fenceline. This suggests that a state can meet its obligations under the 111(d) program through energy efficiency and renewable portfolio standards (RPS). One of the most contentious elements would be the designation of the baseline year against which reductions are measured – a decision that could penalize early mover states. The year 2005 has been suggested, but that pleases some states more than others.

For states that have embraced the RPS, the rules will likely stimulate regulatory and market-based actions to acquire additional wind and solar generation. In contrast, several states have already indicated that they consider any "outside the fenceline" options to be illegal, adding further complexity to any approach crediting RPS and energy efficiency.

Given the complexity of the rules and the speed with which they were developed, it is expected that the EPA will heavily rely on comments to craft a final set of options. The head of the EPA, Gina McCarthy, has already indicated that the final rules could differ significantly from the proposal. She has emphasized the agency's commitment to an approach that maintains the reliability of the nation's energy supply. This suggests an emphasis on incentives that both curtail GHG emissions in the utility sector and encourage utilities to accelerate the move toward integrating additional wind and solar generation sources.

How the rules will impact markets and incentivize additional renewable energy development will gain clarity as the utility sector and the states react to the proposed rules. Given the current uncertainty over the long-term prospects for Congress to extend the renewable energy production tax credit, regulatory requirements that influence market-based responses could have a powerful impact on significantly pushing the utility sector toward additional renewable sources. However, while the new rules will be embraced by many, they will also be controversial, with public comments and judicial review crowding the road ahead.

Tim McMahan and Tom Wood are partners at law firm Stoel Rives LLP. They can be reached at tlmcmahan@stoel.com and trwood@stoel.com, respectively.