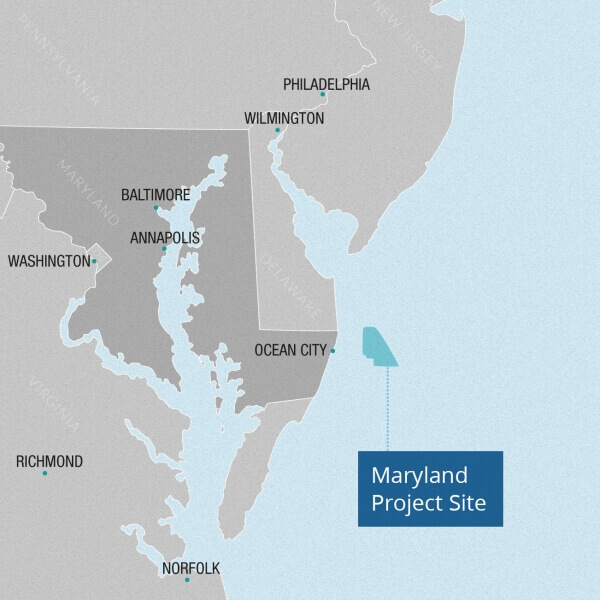 In testimony this week before the Senate Finance Committee of the Maryland State Senate, US Wind Inc. offered an update on the progress of its offshore wind project.

Paul Rich, the company’s director of project development, detailed progress of the wind farm, which was initiated following the passage of the Offshore Wind Energy Act of 2013 by the Maryland General Assembly.

The wind farm – involving the placement of 32 turbines at a distance of 17 miles from Ocean City, as far east in its federally designated wind energy area as possible – will generate approximately 268 MW of energy. The project was approved to receive offshore renewable energy credits (ORECs) in May 2017.

During the hearing, chaired by Finance Chair Sen. Thomas M. Middleton, Rich reiterated that the wind farm will result in the creation of nearly 3,000 skilled jobs during the development and construction phase, as well as an additional 4,100 jobs during the 20-year operating period.

The company also announced that it recently signed a letter of intent with Salisbury, Md.-based Devreco to establish and operate US Wind’s operation and maintenance (O&M) facility in Ocean City and its laydown and handling facility at Tradepoint Atlantic in Baltimore. The O&M facility will eventually provide support services for the 25-year life of the wind farm.

During his testimony, Rich also announced the creation of an Offshore Wind Industry Workforce Development Coalition, which will bring offshore wind companies together with representatives of community colleges, universities, labor unions, and minority and local small businesses to create a skilled workforce to support an offshore wind industry for decades to come.

Concluding his testimony, Rich noted that US Wind is continuing to evaluate emerging turbine technology in an effort to reduce the number of turbine units while maintaining at least 250 MW of capacity. Recent innovations in turbine technology will allow US Wind to consider using turbines that are 8.4 MW in size.