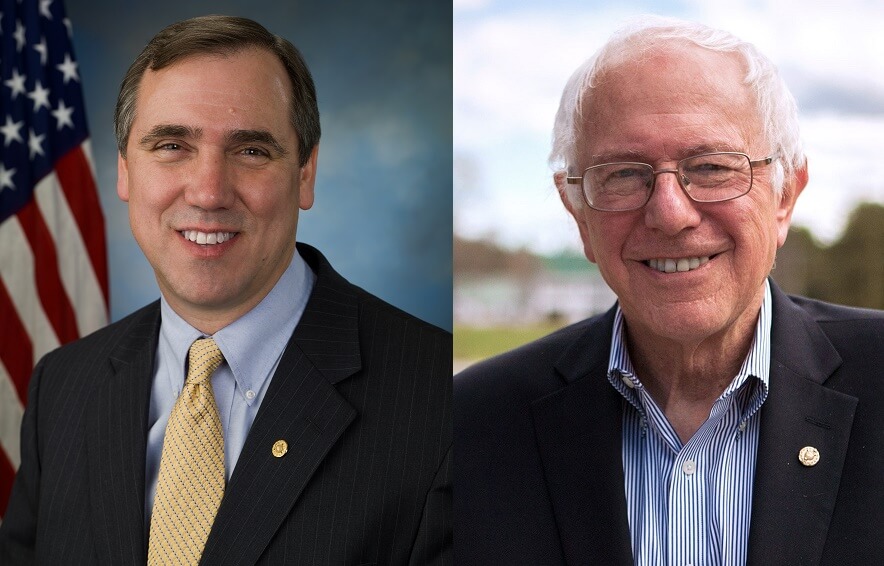 The “100 by ’50 Act” lays out a roadmap for a transition to 100% clean energy no later than 2050. According to the lawmakers, it is the first bill introduced in Congress that would fully envision a transition off of fossil fuels in the U.S.

“America is home to innovative entrepreneurs and scientists who have tackled many challenges in our nation’s history – from harnessing electricity to putting a man on the moon to curing disease,” says Merkley. “The power to end the use of fossil fuels and completely transition to clean and renewable energy is within our hands, but just as with the moon landing, we need a roadmap, a goal and a passionate, shared national commitment to get us there. If an asteroid were hurtling its way through space towards our planet, we would do everything in our power to stop that asteroid. Our commitment to fighting climate change should be no less. Starting at a local, grassroots level and working toward the bold and comprehensive national vision laid out in this legislation, now is the time to commit to 100 percent by 2050.”

“The good news is that despite President Trump, we are winning this battle,” adds Sanders. “In Vermont and all over this country, we are seeing communities moving toward energy efficiency, and we are seeing the price of renewable energy plummet. Our job is to think big, not small. We can win the war against climate change. We can win the war in transforming our energy system and put millions of people to work doing that. We can create a planet that will be healthy and habitable for our children. There is no issue more important.”

The senators have included the following seven components in the bill:

1. Greening the Grid: Phase out fossil fuel electricity by 2050 and replace it with clean and renewable energy. This would be done through a mandatory fossil fuel phase-out and major investments in clean energy, storage and grid infrastructure.

3. Clean and Renewable Energy for All: Ensure that low-income and disadvantaged communities share in the benefits of the transition through grants to make clean energy, energy efficiency and public transportation affordable and accessible and to provide job training in the clean energy sector.

4. Just Transition for Workers: Provide a just transition for those who work in fossil fuels and make sure they get fair benefits between jobs or in retirement.

7. Mobilizing American Resources: Create a major new source of funding to ensure a rapid and smooth transition to clean energy by auctioning climate bonds and investing the funds in the new programs created by the legislation. The climate bonds would ensure climate resiliency throughout existing infrastructure and communities and provide planning grants to organizations, communities, tribes and states to develop their own 100% clean energy plans and jump-start the transition.

“We are in a race against climate change and need to reduce our carbon emissions as quickly as possible,” says Booker. “This legislation creates a framework for a transition to a 100 percent clean and renewable energy future while also providing resources to ensure that all of our communities share in the opportunities that will be created.”

“Clean energy is on the rise; its costs are declining. As more people recognize environmental and economic benefits, it’s becoming the go-to energy option for businesses, governments and institutions across the country,” she says.

Mark Ruffalo, Oscar-nominated actor and co-founder of The Solutions Project, a renewable energy advocacy group, adds, “We are on our way to a world powered by 100 percent clean, renewable energy for everyone. This bill from Sen. Merkley and Sen. Sanders helps us get there faster by getting there together. Crafted in consultation with local organizations and individuals on the frontlines of the climate fight, the 100 percent by 2050 bill is a powerful example of political energy, clean energy and human energy coming together to change what’s possible.”