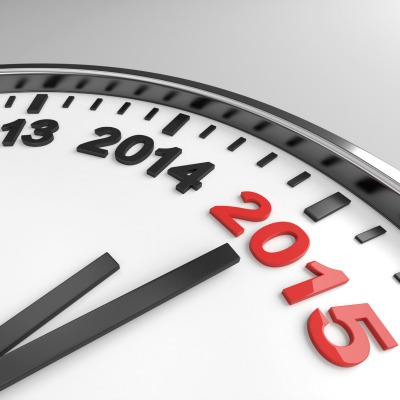 In a 378-46 vote on Wednesday, the U.S. House of Representatives passed a bill that would extend over 50 lapsed tax breaks that expired at the end of 2013, including the wind production tax credit (PTC). However, if enacted, the legislation would offer an extension only through the end of 2014, giving wind developers about three weeks left to start construction in order to qualify for the PTC.

The retroactive one-year renewal falls short of a two-year deal the U.S. wind industry had been pushing for, and the American Wind Energy Association (AWEA) has deemed the proposed extension virtually meaningless.

The House bill, H.R.5771, has now been sent to the U.S. Senate for consideration.

Earlier this year, the Senate voted on its own tax extenders package, but partisan feuding stalled the legislation. Known as the EXPIRE Act, the bill would have extended the PTC and a slew of other tax breaks through 2015.

Following the November elections, Congress vowed to again work on passing a tax extenders deal, and leaders from both chambers worked out a tentative agreement to extend the tax benefits for two years. The deal quickly unraveled, though, after the White House warned that President Barack Obama would veto the package. According to reports, the president thought the deal was too heavily weighted toward corporations and not enough toward individuals.

In a statement about the legislation, he explained, "With the end of the year and a new tax filing season rapidly approaching, we need to act. The IRS has been clear that unless Congress acts quickly, it will be forced to delay the start of the tax filing season."

Nevertheless, U.S. wind industry stakeholders have warned that a one-year retroactive PTC extension would do little to help the sector and likely cause harm. After all, a wind developer would have to have started construction on a project by year-end in order to cash in on the incentive, which provides a $0.023 tax credit for every kilowatt-hour produced.

As Keith Martin, co-head of the project finance group at Chadbourne & Parke, explains, there are two ways to "start construction" under current PTC rules: One is to incur at least 5% of the project cost, and the other is to begin significant physical work. Martin admits, however, that unless a wind developer has already taken one of those necessary steps, qualifying for the PTC at this point would not be a very realistic goal.

An AWEA blog – titled "Keeping Score: Why Is a Three-Week PTC Extension Worthless?" – echoes that sentiment.

In it, Michael Goggin, AWEA's director of research, writes, "AWEA has spoken with the leading construction companies that build wind projects, and they've explained that it is virtually impossible for a three-week extension to drive new wind development. There's simply not enough time for any substantial number of new projects to physically begin construction before the end of the year."

According to the wind group, "When the PTC expired in 2013, new wind installations came to a halt, resulting in a 92 percent drop in new wind projects compared to 2012 and a $23 billion drop in private investment in the U.S. economy. Nearly 30,000 American jobs were lost. Similar job losses would be expected to occur unless an extension through at least 2015 is passed."

Mickey Leibner, government affairs advisor at Mayer Brown, agrees that a one-year extension would not provide enough certainty for the wind industry.

"Short-term fixes like this one are quite difficult for the industry. Like any other industry, wind producers depend on financial and regulatory certainty when planning for future projects," he says. "Wind projects require particular planning, including years of permitting and study.

"No company, whether they are in the wind business or the widget business, can commit to a multimillion-dollar project years in advance without a clue as to whether a key tax credit will even be in place."

So, what are the odds that the Senate will pass the House bill? Although wind champions, such as Sen. Chuck Grassley, R-Iowa, and Senate Finance Committee Chairman Ron Wyden, D-Ore., vowed to fight for the EXPIRE Act and a two-year PTC extension during the lame-duck session, the Senate may simply have to accept the short-term fix before Congress adjourns within the next couple of weeks.

"All signs this morning were that the effort to get a two-year extension is collapsing in the Senate," says Martin.

In fact, a Wyden spokesperson has indicated that the senator, who spearheaded the EXPIRE Act, no longer foresees a possible two-year deal this session.

According to a POLITICO report, the spokesperson said, "We are disappointed that, at this point, there doesn't appear to be a procedural path forward."

"The Senate's next moves will depend, in large part, on how much those who supported the EXPIRE Act want to push," notes Leibner. "Most folks on Capitol Hill rightfully have one eye toward the Republican takeover of the Senate in just a few weeks, and I wouldn't be surprised if most Senate Republicans – even those who were supporters of the EXPIRE Act – will ultimately be fine with addressing all these tax issues in a more comprehensive manner next year, when they have control of both chambers."

In a blog post, David Burton, partner at Akin Gump Strauss Hauer & Feld, writes that the law firm expects the Senate to "reluctantly" pass the House bill, at which point the legislation would be sent to Obama's desk. Burton predicts the president will sign the bill into law because, "unlike [the] prior proposal, it does not favor the extenders that benefit the business community over the extenders that benefit low-income individuals."