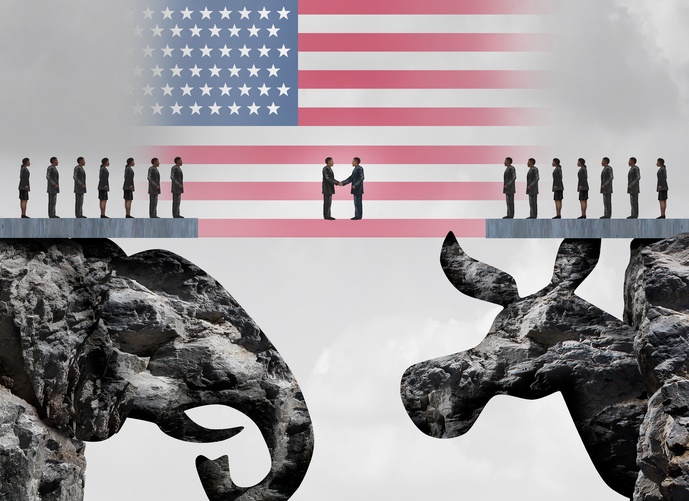 As the 2016 election enters its final stretch, new findings from the American Wind Energy Association (AWEA) are showing that the rapid rise of American wind power has been accompanied by strong support from U.S. voters.

AWEA says Americans’ support for wind power is rising in tandem with the growth of the industry: Results show 70% of registered voters nationally have a favorable impression of wind energy, according to a mixed-question omnibus poll of over 1,000 respondents. That includes over 60% of Republicans and Independents. The survey was conducted for AWEA from Aug. 10-14 by market and survey research firm SSRS.

Polls in recent months suggest Americans’ support for wind power is rising in tandem with the growth of the industry, according to AWEA, which adds that the U.S. just reached a milestone of 75 GW of installed wind power capacity – triple that of 2008.

Specifically, in Texas, home to a quarter of the nation’s wind power, 85% of voters favor it. In Iowa, which generates a U.S. record of 35% of its electricity from wind, support is even higher at 91%.

“Candidates running for office on both sides of the aisle in this important election year should take note: The more wind farms we build, the stronger support from U.S. voters grows,” says Tom Kiernan, CEO of AWEA. “As wind power has more than tripled over the last eight years, so have its economic and environmental benefits. Wind technician is the fastest-growing job in the U.S., and the billions of dollars of investment in local economies have revitalized many rural communities.”

Further results suggest that the more Americans get to know wind power, the more they like it, says AWEA.

Conducted by WPA Opinion Research for advocacy group American Wind Action, a July poll of likely voters in Iowa’s third congressional district found that 91% of respondents support wind energy. Iowa’s Third District ranks in the top 20 U.S congressional districts for the most wind capacity and is home to the tallest operating U.S. wind turbine in the country, notes AWEA.

A recent poll by the Texas Clean Energy Coalition, a nonpartisan group that supports both natural gas and renewable energy, found that 85% of registered Texas voters, including 78% of Republicans, support increasing clean energy, such as wind power.

“Highly favorable poll results in Iowa and Texas are particularly compelling. They show that the more wind power installed, the greater the demand for additional development,” comments John Kostyack, executive director of the Wind Energy Foundation. “That should come as no surprise: Farmers, ranchers and communities in states like these have long enjoyed the economic benefits of wind power development.”

“We are very pleased that the levelized cost of energy for wind has been reduced by 61 percent over the last six years,” remarks Steve Lockard, president and CEO of TPI Composites. “I wonder how many members of Congress know that more than two-thirds of American voters and nearly 90 percent of Iowans want more wind energy, according to these polls.”