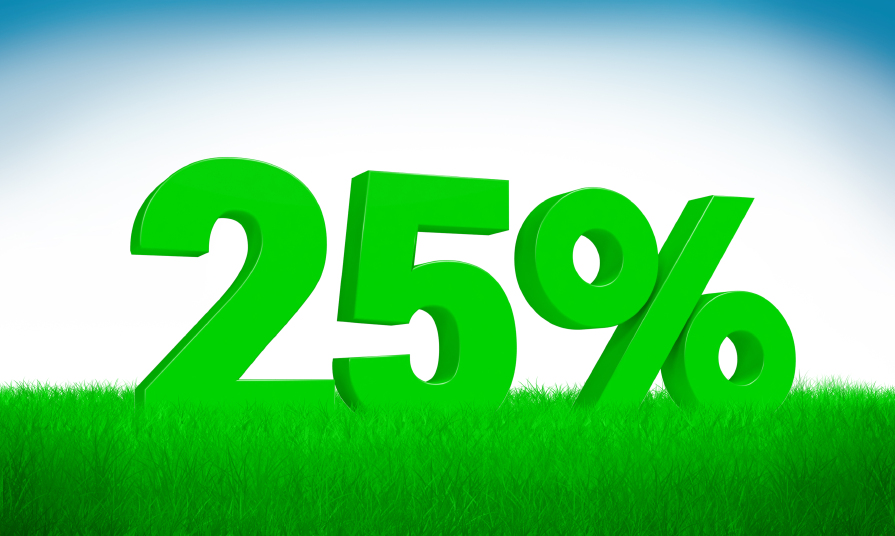 Before the 2016 Maryland legislative session adjourned Monday, state lawmakers finalized legislation to increase the state’s use of renewable energy to 25% by 2020.

In March, the state House of Delegates passed a bill to accelerate Maryland’s renewable portfolio standard (RPS), and the Senate passed its version earlier this month. Now, the reconciled legislation will head to Gov. Larry Hogan’s desk.

Specifically, the legislation, the Clean Energy Jobs Act, will expand the current RPS from 20% by 2022, with a 2% solar carve-out, to 25% by 2020, with a 2.5% solar carve-out. According to a press release from the Maryland Climate Coalition, the accelerated target will result in approximately 1.3 GW more of clean energy and many new jobs, and the bill also will create a working group to explore ways to help with clean energy job training.

According to the American Wind Energy Association (AWEA), wind projects have brought $330 million in investment to Maryland to date.

Tom Kiernan, CEO of AWEA, applauds the legislation and notes, “Maryland’s leadership on clean energy has already led to significant employment and improvements in air quality. These benefits can continue, and wind is among the biggest, fastest cheapest options to get this job done, while locking in low prices for 20 years or more. The Clean Energy Jobs Act is a giant step forward, and American wind power encourages Gov. Hogan to sign it into law.”

The Maryland Climate Coalition says the 2016 Maryland legislative session has been a banner year for advancing policies to address climate change and expand clean energy use. In addition to the RPS legislation, the group points to the recently signed Greenhouse Gas Emissions Reduction Act of 2016, which builds on the 2009 Maryland law to reduce greenhouse-gas emissions statewide by 25% by 2020 and further extends the target to a 40% reduction by 2030.

“The legislation passed this session maintains Maryland’s position as a leader on climate and clean energy. These bills mean Marylanders will have cleaner air and a stronger economy,” says Trisha Sheenan of Moms Clean Air Force.